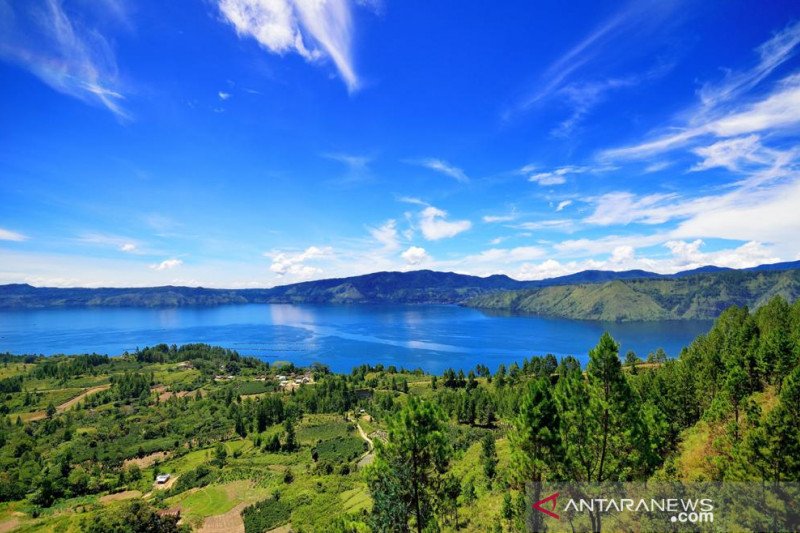 A geopark is not just a geological park, Guy Martini, president of the World Council of Geoparks of UNESCO (United Nations Educational, Scientific and Cultural Organization) once said.

Indeed, a geopark has a meaning and functions beyond a geological park. It serves as a link between the geological heritage and all other aspects of the natural and cultural heritage of a region. It aims to reconnect human society with the planet and to celebrate how the Earth, and its 4,600 million-year-old history, has shaped all aspects of the lives of people and societies.

The presence of geoparks helps preserve nature and culture, improve the economy and contribute to the prosperity of local communities.

As many as 110 Indonesian regions have the potential to be developed into geoparks, officials said. Currently, Indonesia has at least 15 National Geoparks, of which 6 are on the UNESCO Global Geoparks List (UGGp).

The six geoparks are Batur in Bali, Ciletuh-Pelabuhanratu in West Java, Gunung Sewu in Yogyakarta, Rinjani in West Nusa Tenggara (NTB), Toba Calderas in North Sumatra and Belitong in Bangka Belitung Province on the island of Sumatra .

Speaking at a virtual conference on Indonesia’s National Geoparks on November 22, 2021, President Joko Widodo reminded all stakeholders and the public to protect the country’s geoparks and prevent them from being damaged and over-exploited.

A geopark is a place to learn and preserve Indonesia’s wealth and biodiversity, according to Widodo.

“Please protect our geological wealth by preserving the geological heritage and its values, such as archaeological, ecological, historical and cultural values, so that they can continue to be passed on to future generations,” he said.

Geoparks could be part of a tourism trend that emerged during the pandemic, which prioritizes ecotourism and wellness tourism, he added.

He called for a good geoparks management system that balances nature conservation and economic interests. The formulation of the management system should involve environmental activists, academics and local communities, he said.

Also speaking at the conference, the Minister of Public Enterprises (SOE), Erick Thohir, estimated that the development of geoparks in tourist destinations would have a multiplier effect on the community.

This would not only create investment opportunities, but also open up new jobs in the creative economy sector, which could improve the economy and people’s well-being, he explained.

The development of the geopark is carried out in accordance with the principles of the Sustainable Development Goals (SDGs), he stressed. Therefore, it not only focuses on the economic aspect, but also on the cultural and environmental aspects paying attention to local wisdom to ensure that the areas are not overexploited, he added.

Meanwhile, the coordinating minister of maritime affairs and investments, Luhut Binsar Pandjaitan, stressed the importance of collaboration between stakeholders to develop national geoparks as tourist destinations.

Speaking at the same conference, Pandjaitan said geoparks have the potential to attract more domestic and international tourists.

“We must support the concept of geopark as defined by Presidential Regulation No.9 of 2019, and we must also improve multi-stakeholder management respecting the three pillars of geopark development: conservation, education and livelihoods local communities, â€he said. added.

Indonesia is the country with the most geoparks on the UNESCO Global Geoparks (UGGps) list in Southeast Asia and is the eighth of the only 44 countries with geoparks included on the UGGp list, Pandjaitan noted. .

Indonesia is currently preparing to propose the inclusion of 12 more geoparks on the UNESCO UGGp list.

The ambition was set out in the national medium-term development plan 2020-2024.

The 12 geoparks include Ijen in Banyuwangi, Maros-Pangkep in the south, Raja Ampat in West Papua, Meratos in south Kalimantan and Merangin in Jambi.

The Indonesian National Geoparks Committee (KNGI), which was established in 2018, has prepared by involving the local population, especially young people, to raise awareness about the preservation of geoparks and the resulting economic benefits.

Preparing the local population is crucial for the development of a geopark, said the head of the Meratus Geopark Development Office, Nurul Fajar Desira, in Banjarbaru, South Kalimantan, on November 9, 2021.

â€œThe main objective of the geopark is to conserve the Meratus mountains (environment) and explore the economic value for the local population through its natural and cultural wealth,â€ Desira said.

A Dangsanak Geopark Meratus was formed as a group of volunteers, with its membership comprising environmental activists, students, academics, businessmen, media professionals and local figures who share a common concern for the preservation of the environment in South Kalimantan, he said.

The group is expected to become a partner of the office in the development of the geopark, he informed.

The government of South Kalimantan has submitted a proposal for granting UGGp status to Meratus Geopark. The UN body will carry out an assessment in this area in 2022.

The Meratus Mountains, which achieved the national geopark label in 2018, have 74 potential geosites located in nine districts and towns, including Tabalong, Balangan, Central and South Hulu Sungai, Tapin, Banjar and Kotabaru, Desira noted.

South Kalimantan has made several efforts to achieve UGGp status by improving public facilities on geosites and educating schools and communities, among others, he said.

It is important that the local people have a good knowledge of the geological conditions of their respective regions so that they can get involved in the management of the geosites, he said, adding that the 200 million old Meratus mountains years, have a complex geological structure. the story.

Therefore, Meratus Geopark will be included in school curricula from elementary to high school, he said.

The head of the Dangsanak Meratus Geopark, Mr. Farid Soufian, expressed the group’s willingness to support the candidacy of the Meratus Geopark to obtain UGGp status.

“Our concern is the preservation of the environment at the Meratus geopark,” he said.

The group is ready to train the local population in tourism management, he added.

At the same time, the provincial government of Jambi is also preparing to conduct a study on the Merangin geopark to support the application for its inclusion on the UGGp list.

The Merangin Geopark has historical value as the world’s oldest fossils and fragments of Earth can be found there, he noted.

It is also home to a variety of endangered species as it is part of the Sumatran rainforest, he added.

The Ministry of Culture supports the Madani International Film Festival 2021