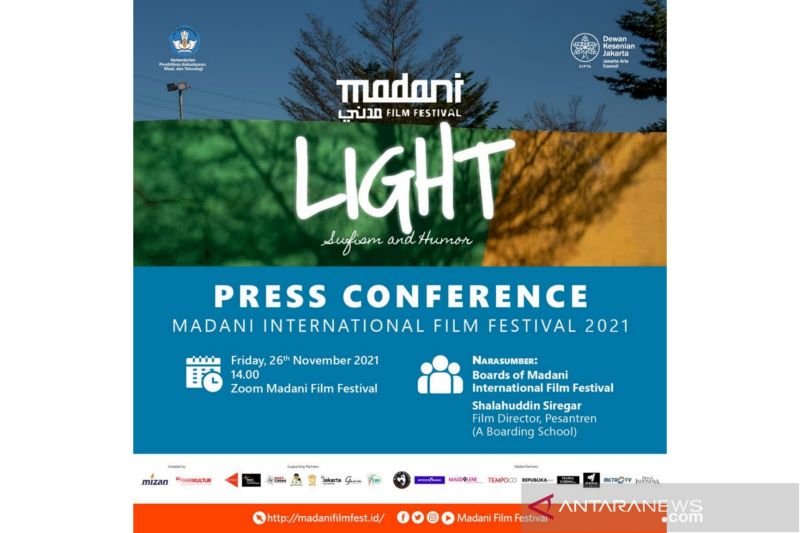 The Ministry of Culture supports the Madani International Film Festival 2021

We hope that in the years to come we can continue to support it so that we can spread the humanitarian values â€‹â€‹displayed at the Madani International Film Festival.

Jakarta (ANTARA) – The Ministry of Education, Culture, Research and Technology affirmed the government’s commitment to support film festivals organized by the community and film personalities, such as the Festival Madani Film International (MIFF) 2021.

MIFF 2021 is supported by the ministry with the Jakarta Art Board (DKJ) and is set to be held in a hybrid format from November 27 to December 4.

“This Madani film festival has a unique feature that sets it apart from other film festivals,” the ministry’s director of film, music and new media, Ahmad Mahendra, noted at an online press conference. Friday.

â€œIn addition, the theme it presents aligns with the tolerance campaign led by the ministry,â€ he said.

Meanwhile, DKJ Chairman Danton Sihombing said he believes it is important to organize MIFF to celebrate diversity and make film the way to do it.

“This is the second year that DKJ has fully supported the Madani Film Festival,” he added.

“We hope that in the years to come we can continue to support him so that we can spread the humanitarian values â€‹â€‹displayed at the Madani International Film Festival,” Sihombing said.

The theme of the Madani Film Festival this year is â€œLight: Sufism and Humorâ€.

â€œThe theme this time is about Sufism and humor, two terms that offer immense space to express and joyfully contemplate the religious journey,â€ noted filmmaker and MIFF board member Garin Nugroho.

The film festival will feature films from Indonesia and abroad to reflect the diversity of Muslims around the world.

â€œCelebrating Muslim diversity has become the slogan that the Madani Film Festival conjures up every year. From these films we want to learn and appreciate the diverse cultures of Muslims,â€ said MIFF festival director Sugar Nadia.

The opening ceremony of MIFF 2021 will take place on Saturday in an online format at the XXI Epicentrum, Jakarta.

Pesantren (2019) a film by Shalahuddin Siregar was chosen to open the festival.

The film premiered at the Amsterdam International Documentary Film Festival (IDFA) in 2019.

MIFF will also work with a number of institutions to bring the film festival to life, such as East Cinema, Binus University, GusDurian Network and Kineforum.

Kineform has prepared an online viewing space for films on kineforum.eventive.org.

This film was one of the main nominees for the 2021 Cannes Film Festival and will premiere online on December 4 at the XXI Epicentrum, Jakarta.