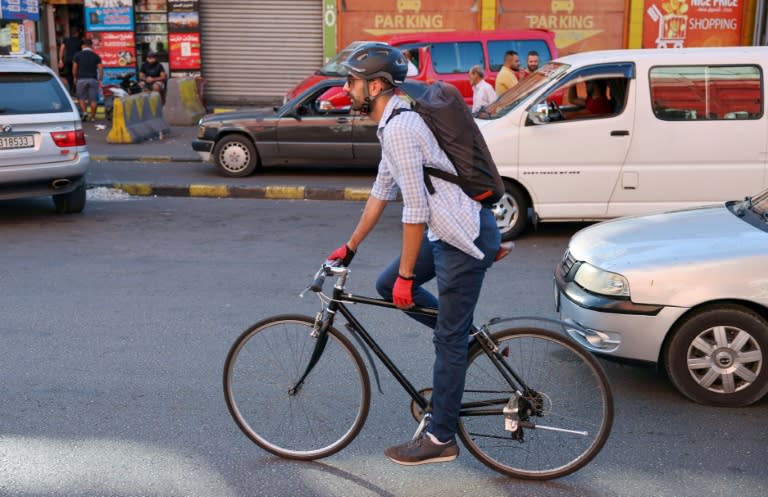 By challenging Lebanon’s national passion for car ownership and pushing an increasing number of people towards greener or more collective transport, the economic crisis is succeeding where all else has failed.

In the absence of a functioning public transport system, the automobile culture has flourished and many households, even modest ones, own multiple vehicles.

Since 2019, however, a steadily deepening financial crisis has made gasoline unaffordable for many and long lines at gas stations unbearable for others.

One of the byproducts of Lebanon’s historic shortages and currency crisis is the first significant breach in decades in the reign of the private automobile.

Affordable tuk-tuks, bikes, carpooling and buses – which were once out of the question for many – have since become more popular amid changing public attitudes and skyrocketing transportation costs, including higher taxi fares.

“Before the crisis, I relied on my family’s car or a taxi, but it all became unaffordable,” said Grace Issa, a 23-year-old customer service professional whose workplace is about 12 miles away ( 12 miles) from her home.

Her only option to get to the office now is a private coach operated by Hadeer, a startup without which she wouldn’t have accepted her new job in the first place.

“I now spend about 30 percent of my salary on transport instead of 70 percent,” she told AFP as she boarded a bus home.

There are over two million cars for six million people in Lebanon.

Car imports have fallen by 70 percent in the past two years and many Lebanese can no longer afford new vehicles, with the local currency losing about 90 percent of its value against the dollar on the black market.

Twenty liters (4.4 gallons) of gasoline is now worth about a third of the minimum wage, while nearly 80 percent of the population lives below the poverty line.

In response to the crisis, Boutros Karam, 26, and three friends launched Hadeer, which offers affordable bus transport along the coastal highway in the north of the country.

Unlike the dilapidated public transport system, buses operate on a fixed schedule, come equipped with wi-fi and tracking services, and are relatively safer for women who often report harassment on public coaches and vans.

“The problem of public transport is old, but it has been compounded recently by the fuel crisis and the fact that many can no longer afford to travel” using taxis or their own car, “Karam said.

The start-up, which has also developed a mobile application allowing customers to reserve their seats in advance, shatters the stereotypes held by the Lebanese regarding public transport, added Karam.

Many of our customers “weren’t used to using public transport,” Karam said.

“They used to refuse him because he was considered unclean … and dangerous.”

Lebanon has had a rail network since the end of the 19th century but it has been out of service since the start of the 1975-1990 civil war.

Several proposals over the decades to reorganize public transport have been abandoned. In 2018, the World Bank approved $ 295 million to launch the country’s first modern public transport system.

The Greater Beirut public transport project, however, never took off and the Lebanese government is now looking to use the funds to help support the country’s poorest.

In the coastal town of Batroun, a popular tourist hotspot during the summer, the tuk-tuk has gained traction among visitors and residents, according to Toni Jerjes, who runs a service offering automatic rickshaws.

“The crisis has changed the transport habits of the Lebanese. The tuk-tuk is a cheaper and faster option,” he said.

In the city of Tripoli, further north, Natheer Halawani has been using a bicycle for nearly two decades to get around.

He’s been pushing for a cycling boom in his car-cluttered city for years, but ultimately it was economic calamity that finally put the wheels in motion, and he says more and more people are pedaling. now in the city streets.

The private vehicle “is not only a means of transport, it is also a way of life,” he said.

For the 35-year-old, the crisis offers “a suitable opportunity to rethink” these old models of transport.