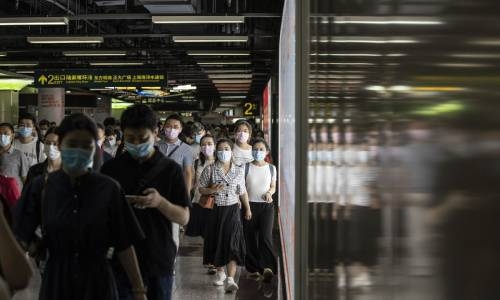 A group of private sector employees in China has launched an online campaign to collect their working hours to protest the excessive work culture in the country.

The so-called Worker Lives Matter campaign asks employees in various industries like technology and finance to share what time they start and end their workday as well as how many days they work per week.

As of Thursday, the spreadsheet had over 4,000 entries, including contributions from tech giants like Tencent Holdings Ltd.,

But it has come under intense scrutiny this year, fueled by deaths associated with overwork and a growing chorus of complaints on social media.

With President Xi Jinping calling on the country to work for “common prosperity,” authorities have stepped up warnings against employers to refrain from unreasonable overtime and other violations.

In 2019, a group of Chinese programmers turned to GitHub to ban startups accused of mistreating employees from using their open source code.
In response to increasing public pressure, internet companies, including ByteDance and Kuaishou Technology, have taken initial steps to reduce working hours.

Earlier this year, the two short video giants canceled a work-study system where employees only take one day off per week every two weeks.