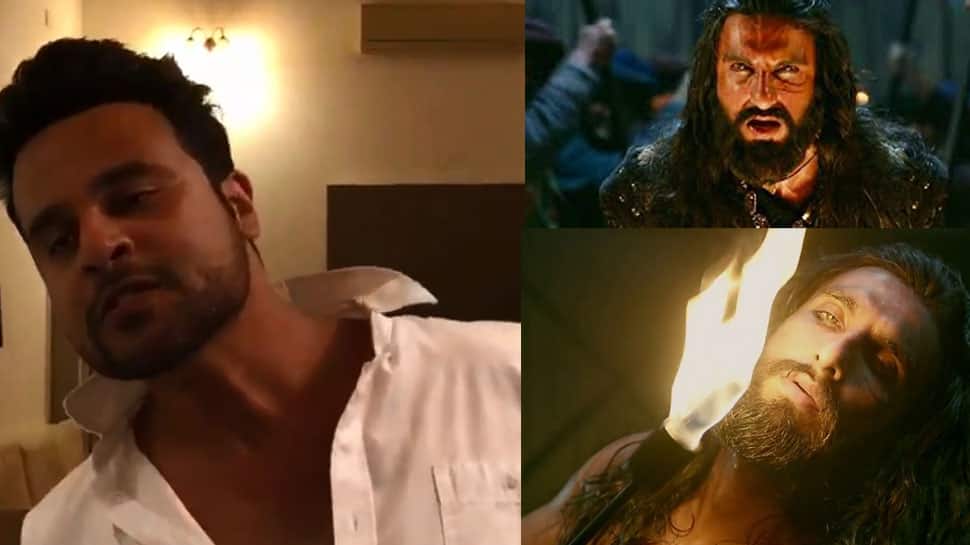 New Delhi: Comedian Krushna Abhishek has a huge following and his jokes often tickle the funny bones of viewers enjoying his shows. His brand of comedy has helped him build a dedicated fan base who enjoy watching him perform on small screens.

Singer Mika Singh recently shared a video of Krushna where he can be seen dancing to Ranveer Singh’s song “Khali Bali” from “Padmaavat”. Krushna channels his inner Khilji and his dance number will leave you in awe.

Hey brother @RanveerOfficial .. look at my friend @Krushna_KAS is dancing #khalibali … we watched the movie and loved it .. good job @shahidkapoor and beautiful @deepikapadukone …. pic.twitter.com/iSA4wqaAuT

The ‘Padmaavat’ fever has gripped the nation and it seems even Krushna and Mika cannot get away from it. The film stars Deepika Padukone as Rani Padmavati, Shahid Kapoor as Maharawal Ratan Singh and Ranveer Singh as Alauddin Khilji respectively.

However, all claims fell flat after the film’s domestic release.