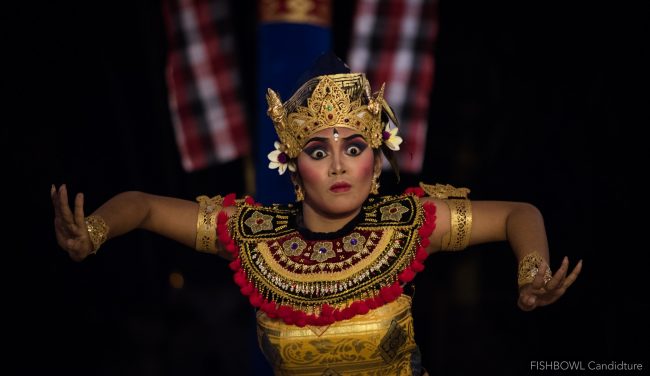 WILLIAMSBURG – William & Mary (W&M) will host an internationally renowned music and dance ensemble from Bali as part of the College’s Asian Centenary.

Balinese performing arts troupe Ã‡udamani is coming to Williamsburg as part of their September international tour of the Mid-Atlantic.

â€œÃ‡udamani: Gamelan Music and Dance of Baliâ€ will share music, dance and storytelling from Indonesia.

The 21-member ensemble hails from the village of Pengosekan and is known for weaving dance, music and Balinese tradition.

As director of the W&M Middle Eastern Music Ensemble for 25 years, her job is to bringing worlds of music to its students and community, by welcoming many guest artists to Williamsburg.

â€œIt’s a modern and up-to-date group,â€ said Rasmussen. “It’s a very virtuoso and visually stunning genre of music and dance to watch.”

Rasmussen said this event is especially special as she has a connection to Judy Mitoma, producer and tour director for Ã‡udamani, and professor emeritus at the University of California, Los Angelas (UCLA)

Rasmussen and Francis Tanglao-Aguas, professor of theater and American studies of Asia and the Pacific Islands at W&M, worked with Mitoma during their student stay at UCLA.

The Ã‡udamani arts organization is also hosting a music and dance retreat in Bali where W&M students studied abroad.

â€œIt’s immediately sympathetic, it’s fun, it’s dynamic, it’s interesting to watch,â€ she said. “And you realize that there are so many parts of the world that have so many rich, artistic and cultural traditions and they are all waiting for our discovery and our experience.”

Ã‡udamani will be on campus Thursday, September 23 at 9:30 a.m. in Rasmussen’s Worlds of Music class, and will be doing open workshops and presentations from noon to 3 p.m. at Ewell Recital Hall, cultivating in a free public performance at the Williamsburg Regional Library. Theater, 515 Scotland St., Thursday evenings from 7:30 p.m. to 9:30 p.m.

WRL Theater has also waived the fees for the theater.

Rasmussen said that among the themes of Ã‡udamani’s visit were the effects of the pandemic on traditional arts.

“Since we have been so separated from the world, the pandemic has really leveled the playing field in some ways in that we have all been affected, â€she said. “The pandemic has been something we’ve all felt, and we’re not out of it yet, so it’s interesting to be able to commune with someone on the other side of the world. “

Ã‡udamani’s visit is also part of the College’s series of events celebrating the Asian centenary, which includes various film screenings and lectures.

Rasmussen said the group will also visit Colonial Williamsburg and meet him on Friday, September 24.

“If it arouses people’s curiosity to know more about the music and musicians of the world, and about Indonesia, and if the musicians and dancers are having a good time, then I will feel like a mission accomplished,” he said. said Rasmussen.

For more information on Ã‡udamani’s visit to Williamsburg on September 23, click here.

Always be informed. Click here to get the latest news and information delivered to your inbox

Permission to dance? BTS sing through the United Nations