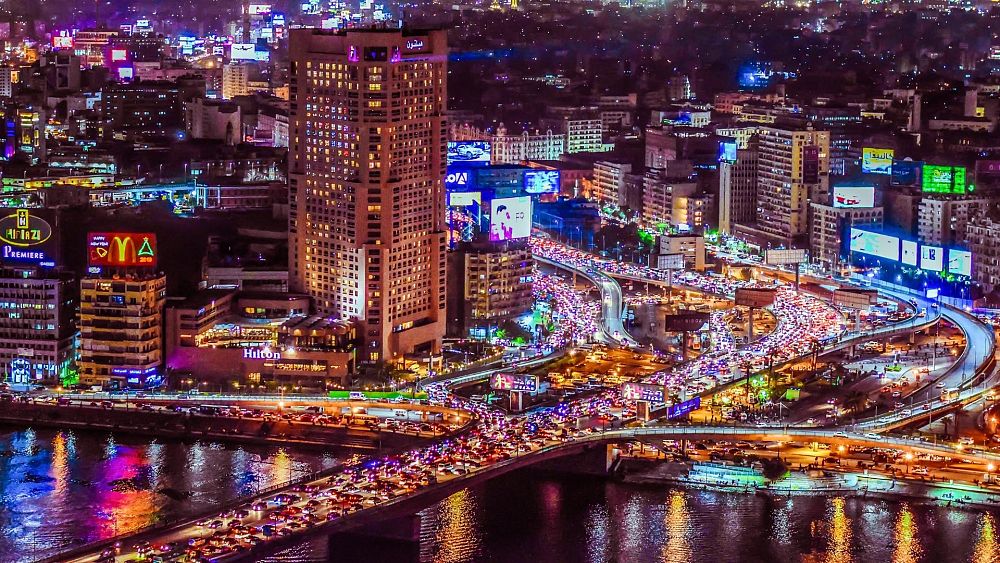 Want to dance the night away? Here are the 6 cities that really never sleep

If you often find yourself persuading your friends to go have “one last drink” or dance to “one more tune,” then you may be a night owl. Although it has been quite difficult to stay out until dawn in recent years, the days of clubs and bars are making a welcome return for many people around the world.

So if you want to stay up until the wee hours, what are the best cities to do so? While New York is historically known as the “city that never sleeps”, there are now plenty of other contenders for the crown.

To find out which are the best cities in the world for night owls, SimpleGhar has compiled statistics on 50 global destinations, using data from OpenStreetMap and TripAdvisor.

Whether you’re looking for the hippest clubs or the tastiest midnight snack, these are the best cities for late night living.

Dancing in sixth place is the capital of Russia. Moscow scores a very decadent 82.6 out of 100 on the nightlife scale, with the average closing time for bars and clubs around 1am. The restaurants also stay open until almost 11pm, so you have plenty of time to grab a late-night bite before hitting the dance floor.

If you’re feeling comfortable then Night Flight, Moscow’s oldest club and restaurant, is the place to be. Be sure to dress up, as the club has a notoriously strict entry policy. Once inside, the drinks are also quite pricey, but as a unique experience, it’s an essential spot for dedicated partiers.

Hot on the heels of Russia is the global luxury shopping and entertainment destination of Dubai, with 84.9 points out of a possible 100. Cafes in the city stay open until 10:36 p.m. on average, while bars and nightclubs are usually open until 1:36 a.m. Although respecting cultural values ​​is important here, many hotel bars serve alcohol.

Expect rooftop lounges, curated cocktail menus and Instagrammable glamour. All of this will help you forget how much you spent on shopping earlier in the day.

Turkey’s capital earns a very respectable 86.1 points and you’ll find everything you need here, whatever your taste. From jazz bars to sleek, cool courtyards to filthy basements, Istanbul knows how to party until dawn.

As a city that straddles two continents, there are plenty of different neighborhoods to explore here, each offering a unique take on Turkish after-hours life. Kadıköy and Beyoğlu are just two of the areas you should explore if you hope to get a taste of what the city has to offer after the sun goes down.

Belgrade climbs into the top three with an impressive 88.6. The city prides itself on its club scene and has a deep love for electronic, techno and house music. While Belgrade is partying all winter long, during the summer months the city’s waterfront sites really come alive.

Many clubs move to floating riverside lounges called splavovi during the warmer months, which are dotted along the Danube and Sava rivers. These large lounges allow people to get outside when the temperatures rise and enjoy all that a Serbian evening has to offer.

Long summer nights were meant to be enjoyed, so it’s no wonder the Greek capital of Athens came in second. Dinner in Greece usually starts around 8 p.m., but with so many excellent meze dishes, restaurants here can stay open until midnight.

Once you’ve had enough, you can dance in one of the many bars and clubs that dot this ancient city. Clubs and bars stay open until 2:26 a.m. here on average, so there’s plenty of time to grab another round of ouzo before heading home.

If you really want to stay up all night, go to Cairo. The Egyptian capital has the world’s last open cafes and the second newest restaurants. Together they make Cairo the newest city in the world.

The warm climate has made nighttime hours the norm here, with entertainment venues staying open until dawn and shops open until at least midnight.

If live music is your thing, head to the famous Cairo Jazz Club. Despite its name, it is more famous for indie and hip hop than true jazz. If that doesn’t sound like your scene, ZigZag in downtown Cairo is another hotspot for alternative beats.