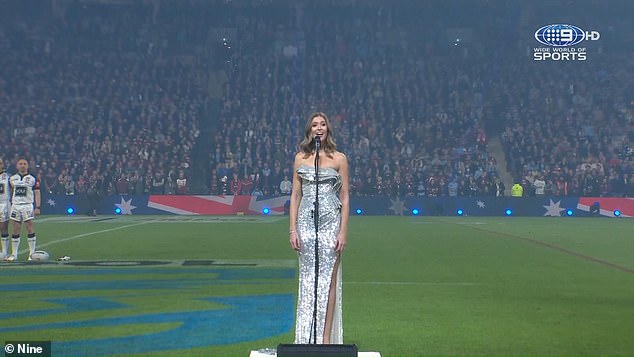 Rugby league fans were less than impressed with a unique rendition of the national anthem during Wednesday’s state of origin decider.

Advance Australia Fair was performed by musical theater star Matilda Moran, but some viewers felt the arrangement was a dud.

“That rendition of the Australian anthem sounded like the Teletubbies remix,” one viewer complained.

Another compared it to a “TikTok dance”, while another tweeted: “Was this anthem sung to the tune of a Casio keyboard?”

“The anthem backing track was created on a Casio keyboard by an 8th grade music student,” said another.

Rugby fans were less than impressed, with many comparing the song to a Casio keyboard or a TikTok dance

However, a number of viewers liked the retro rendering.

“I love the feeling of the hair standing on your neck when the national anthem is sung at sporting events,” one fan said. 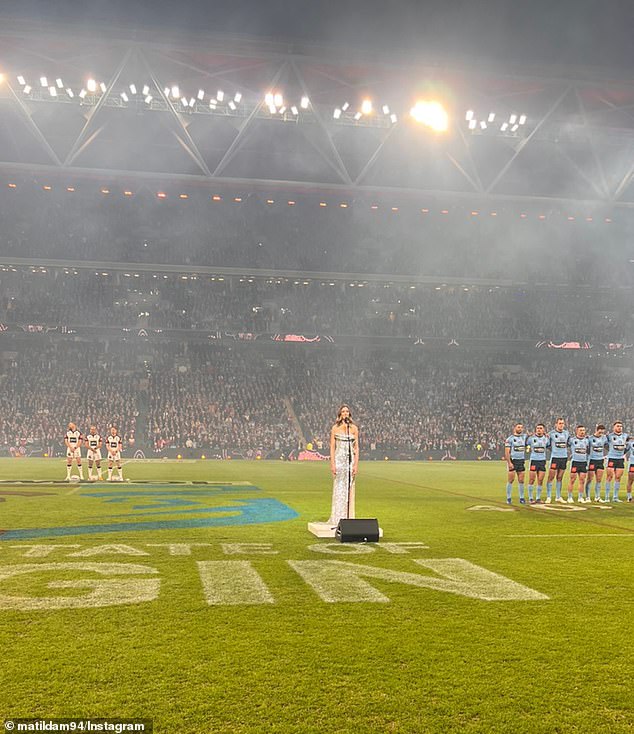 Before the performance, Matilda expressed how excited she was to sing the iconic song 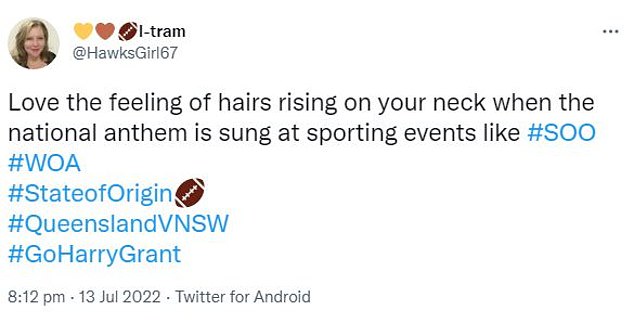 “I love the feeling of hair standing on end of your neck when the national anthem is sung at sporting events,” said one fan, who clearly loved Matilda’s performance

Before the performance, Matilda expressed how excited she was to sing the iconic song.

“I never imagined that one day I would be asked to sing the national anthem at an Origin game. I’m absolutely honoured!’ she exclaimed.

Matilda is currently starring in the Tony Award-winning musical Cinderella. 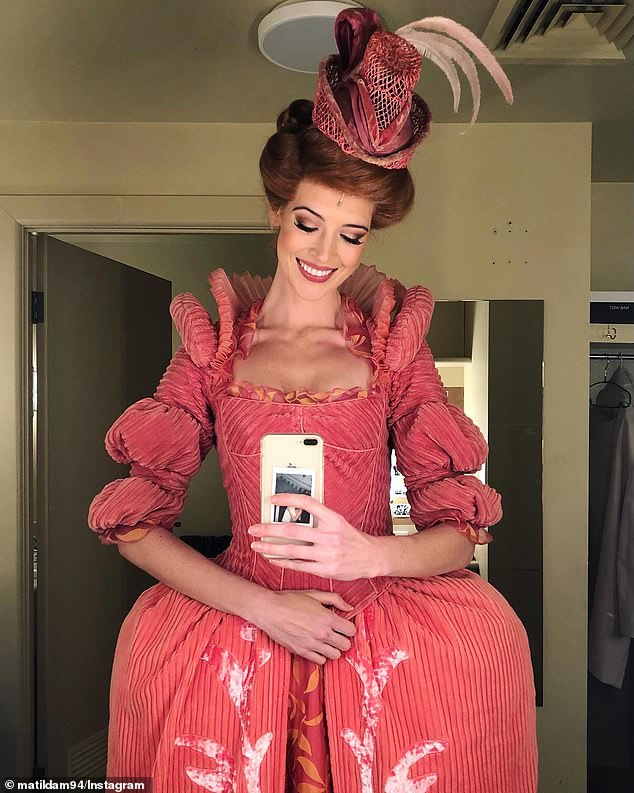