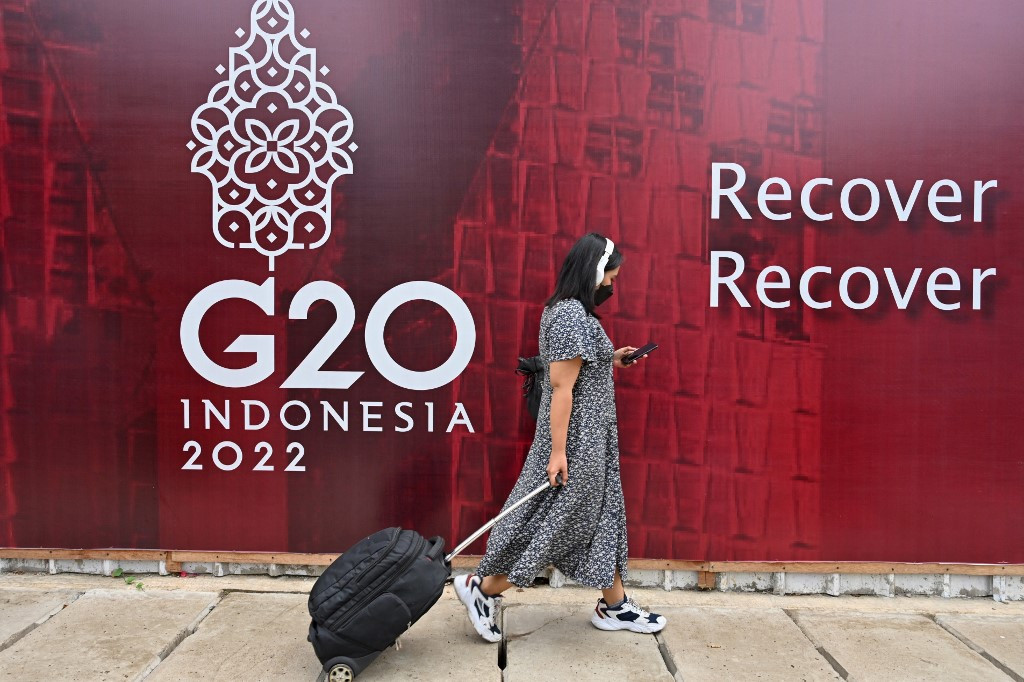 Of all the nations debating the energy transition at the upcoming G20 summit in Bali, the oil and gas-rich countries of the Arabian Peninsula are among the most exposed to decarbonization.

Their economies remain dependent on continued global demand for fossil fuels, and while they have long pursued economic diversification strategies designed to develop non-oil and gas industries, decarbonization has only recently become a key priority.

But this G20 is the first in which all G20 nations have national low-carbon development goals.

While the climate change and energy transition strategies announced in the oil and gas producing countries of the Arabian Peninsula have been dismissed by some as greenwashingthe stakes for these countries – both from climate change and the economic transformation needed to prepare for a post-fossil energy era – are extremely high.

Without successful action on climate change, these states face a future of more intense and extreme dust storms, heat waves and more deadly “wet bulb” conditions, where humidity and heat exceed capacity. cooling of the human body. If climate action succeeds, they will have to deal with the destruction of the fossil fuels that have been the basis of their economy for much of the last century.

Since 2017, there has been a flurry of climate change and net zero targets announced by Arab states as they seek to portray themselves as international climate leaders, as evidenced by the UAE’s bid to host COP28. These range from stand-alone climate change strategies – such as the UAE’s National Climate Change Plan released in 2017 – to Kuwait’s more modest commitment to reduce greenhouse gas emissions by 7, 4% by 2035.

Climate change and energy transition policies have extended rather than replaced existing economic diversification strategies and will face similar challenges in their implementation.

Energy subsidy reform, a key element of diversification, has proven hard. Attempts to cut fuel and electricity subsidies in recent years have drawn popular outcry, such as in Kuwait in 2015 and in Oman and Saudi Arabia in 2017-18.

With the exception of the United Arab Emirates, where fuel subsidies were removed in 2015, subsidy reform has been implemented on an intermittent basis. A common strategy to respond to public discontent has been to reform subsidies while protecting citizens from increases in the cost of living – as with Saudi Arabia’s Citizens Account program, created in 2017. This means that if migrant workers – who make up over 80% of the population in Qatar and the United Arab Emirates are incentivized to reduce their energy consumption and carbon footprint, while citizens are not.

Due to population growth and previous efforts to diversify into heavy, energy-intensive industries, domestic consumption of oil and gas has increased. skyrockets, reducing the revenues that could otherwise be generated by the export of these hydrocarbons. The decarbonization strategies announced in the Gulf States therefore focus on increasing the share of renewable energy in national electricity production, thus freeing up oil and gas for export.

This is also why the Gulf States are likely to emphasize the role of oil and gas in the transition to renewable energy at the G20 Leaders’ Summit, particularly in the context of their increased role in energy security. world after the Russian invasion of Ukraine. While they invest in the production of alternative energies such as blue and green hydrogen, they remain, for the time being, dependent on the continued global demand for oil and gas.

Deadly heat waves and extreme weather events have highlighted the very real impacts of climate change for the Gulf region. Gulf governments are clearly prioritizing climate action to a much greater extent than in previous decades. However, their ultimate success depends on their ability to overcome existing development challenges that have complicated previous diversification efforts, as well as reconciling their status as hydrocarbon producers with their efforts to appear climate progressive.

The author is a lecturer at the Center for Arab and Islamic Studies at the Australian National University. She co-leads the energy and climate security research cluster at the Institute for Climate, Energy, and Disaster Solutions.

DenPasar 2022 It was about time! focuses on emerging curators – Art & Culture