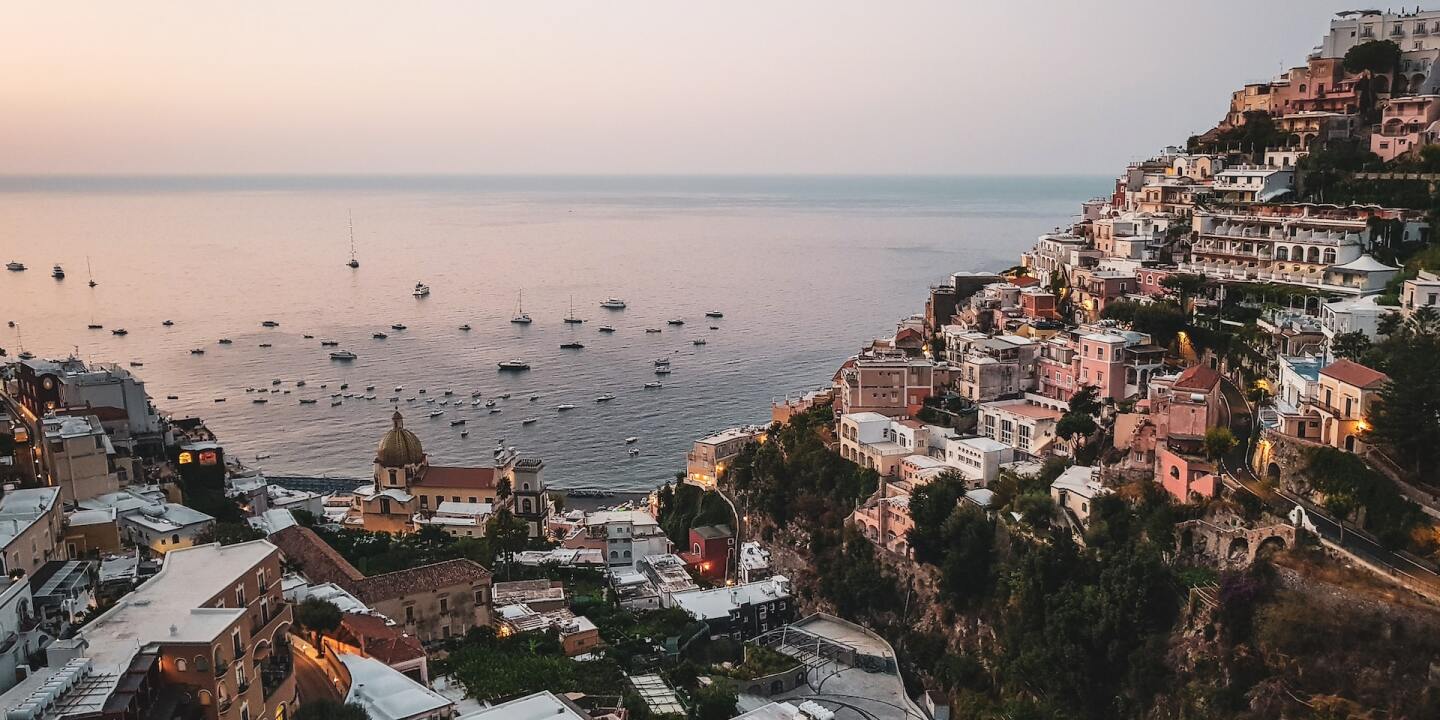 Some like to relax on the sand with a book or a cocktail in hand for a week. For others, boredom sets in quickly. It can be difficult to find a beach that appeals to different travel styles, but around the world there are destinations that offer ocean time and a bit of culture too.

From Indonesia to Israel, these 10 sunny destinations offer picture-perfect beaches and a healthy dose of local art and culture.

The cliffside village of Positano conjures up images of blue and orange striped parasols in neat rows by the Mediterranean. While this idyllic image isn’t too far off the mark, there’s plenty more to explore, including the Church of Santa Maria Assunta, whose famous tiled dome sits in the foreground of the landscape.

Hike the five-mile Path of the Gods, an ancient mule track that passes through the hillside villages of Amalfi – from Bomerano in the west to Nocelle in the east – and offers memorable views. Day trips to Sorrento, which provides train access to Pompeii, and the island of Capri are also a must.

A small bridge across from San Diego, Coronado Island features five shimmering beaches (the sand literally shimmers thanks to the mica deposits in the area). The iconic Victorian-style Hotel del Coronado has hosted presidents like William Taft and FDR and celebrities like Cary Grant and Katherine Hepburn, as well as Marilyn Monroe while filming on location for Some like it hot. The historic hotel has its own museum (in the old icehouse) displaying artifacts and memorabilia.

Surf, kayak, and build sandcastles by day, or explore the art galleries, bookstores, and cafes along mile-long Orange Avenue. Allow time for a live theater performance at the Coronado Playhouse or Lamb’s Players.

Laid-back Barcelona sits in a prime location along the Mediterranean Sea in Catalonia in northeastern Spain and has several stretches of sand. Head to the famous Barceloneta Beach, with an esplanade that runs along it, or the family-friendly, bar-lined beach of Bogatell in the Poblenou district. Or perhaps ditch the sand and cruise around the harbor on a catamaran cruise.

Soak up some culture with your daily dose of sunshine as you visit Antonio Gaudi’s fantastic modernist marvels, including the Sagrada Familia, Park Güell and Casa Batlló, as well as the Picasso Museum, which houses 4,200 of his works in a set of gothic buildings in the Ribera district. Among the masterpieces of the collection is Picasso The Meninas series, a cubist reinterpretation of Diego Velaquez’s original.

With more than a dozen golden sand beaches, the bustling and cosmopolitan city of Tel Aviv certainly knows how to take a break from the turquoise waters of the Mediterranean Sea. Some of the most popular include Bograsha, Jerusalem, Mezizim, and Hilton Beach (named after the beachfront hotel there).

It would be remiss to visit Tel Aviv and not venture into the cobbled streets of Jaffa, the old port city; the trendy neighborhood of Neve Tzedek, with its boutiques and gourmet restaurants, or the Tel Aviv Museum of Art. Jerusalem and its many historic and sacred sites, such as the Temple Mount, the Western Wall and the Tower of David Citadel, are only an hour’s drive away.

This part of India’s west coast and the resorts of North Goa attract many foreign revelers as well as India’s burgeoning middle class. (South Goa’s beaches tend to be quieter and more secluded.)

As well as lazy days on stretches of sand like Palolem Beach, there’s plenty of culture to experience, thanks in part to the blend of Portuguese and Indian traditions. Stop at the UNESCO-listed Basilica of Bom Jesus and the churches of Our Lady of the Immaculate Conception, stroll through the colorful Latin Quarter or visit Moda Goa, a history museum and of suits in a 450-year-old Goan villa that was the vision of late Indian fashion designer Wendell Rodricks.

The city of Nice on the French Riviera is practically synonymous with joie de vivre. Camp on the sand and people watch the south coast of France attract those wishing to take a scenic stroll along the Promenade des Anglais.

After swimming and sailing, explore the Roman ruins of Nice or take a cooking class and learn how to make socca, chickpea patties for which the region is known. Save time for day trips to Toulon, where you can catch a production at France’s second-largest opera house outside of Paris, and inland Provence to see the lavender fields and post painter’s studio. -Impressionist Paul Cézanne. Explore open-air markets, churches, and ancient ruins throughout the region, including UNESCO-recognized Roman monuments and Albi Cathedral.

With its beaches, nightlife, El Yunque rainforest, and 500 years of history, Puerto Rico seemingly has it all. Soak up the sun, swim, snorkel and paddleboard at the three main beaches: Condado, El Escambron and Ocean Park.

After a few days of sun and sand, delve deeper into Puerto Rico’s history and culture. The Taino, the indigenous people who lived on the island for hundreds of years before the arrival of Spanish explorers, called their home “Borinquen” – meaning Land of the Valiant and Noble Lord – which is why Puerto Ricans are often referred to as boricuas. The Spanish named the island Puerto Rico (literally rich port) because of the island’s abundant natural resources and strategic location. Discover some of this colonial past at the San Juan National Historic Site, which includes the Castillo San Felipe del Morro (fortification to prevent sea attacks) and Castillo San Cristobal (fortification to prevent land attacks), as well as most of the city ​​walls. Be sure to stroll the colorful cobblestone streets of Old San Juan.

As the capital of Bali, the bustling city of Denpasar is the gateway to the island and the bustling resorts of Semiyak, Jimbaran and Nusa Dua. In South Bali and on the Bukit Peninsula, hotels such as the Four Seasons, Six Senses, Alila and St. Regis are ideal for beach lovers.

It is worth stopping at some of the 20,000 Hindu temples on the island, such as Tanah Lot, Goa Lamah or the Saraswati temple in Ubud. A Balinese cooking class (where you can master dishes like grilled satay) or a dance performance – Legong Dance and a Ramayana ballet are held nightly at Ubud Palace – are ways to learn more about the Indonesian culture.

Sleek Todos Santos, along Baja California, is an underrated town with pristine beaches, attractive hotels, and restaurants showcasing local produce. The charming destination has been designated Pueblo Magico in 2006 by the Mexican government, in recognition of his cultural and artistic heritage.

By day, take surf lessons with Mario Surf School or spot whales with Todos Santos Eco Adventures. After a morning enjoying the beach, spend the afternoon exploring art galleries, designer shops and the quirky mission across from the main square.

The beaches of Copacabana and Ipanema have had their share of glory with international audiences (excerpt from “La fille d’Ipanema”)but a few other white-sand beaches in Rio to consider are Prainha, a crescent-shaped stretch in a protected natural area, or Joatinga, which is only accessible at low tide and is a favorite with surfers.

Beyond the beaches, discover Rio’s larger-than-life Carnival celebration, in which five days of parades, floats and samba dancers take to the streets before the start of Lent. Enjoy panoramic water views on a hike or train up Corcovado Mountain, where you’ll find the Christ the Redeemer monument. Another alternative to splashing on the beach is to watch a football match at Maracanã Stadium, where legends such as Pelé and Ronaldo have played.