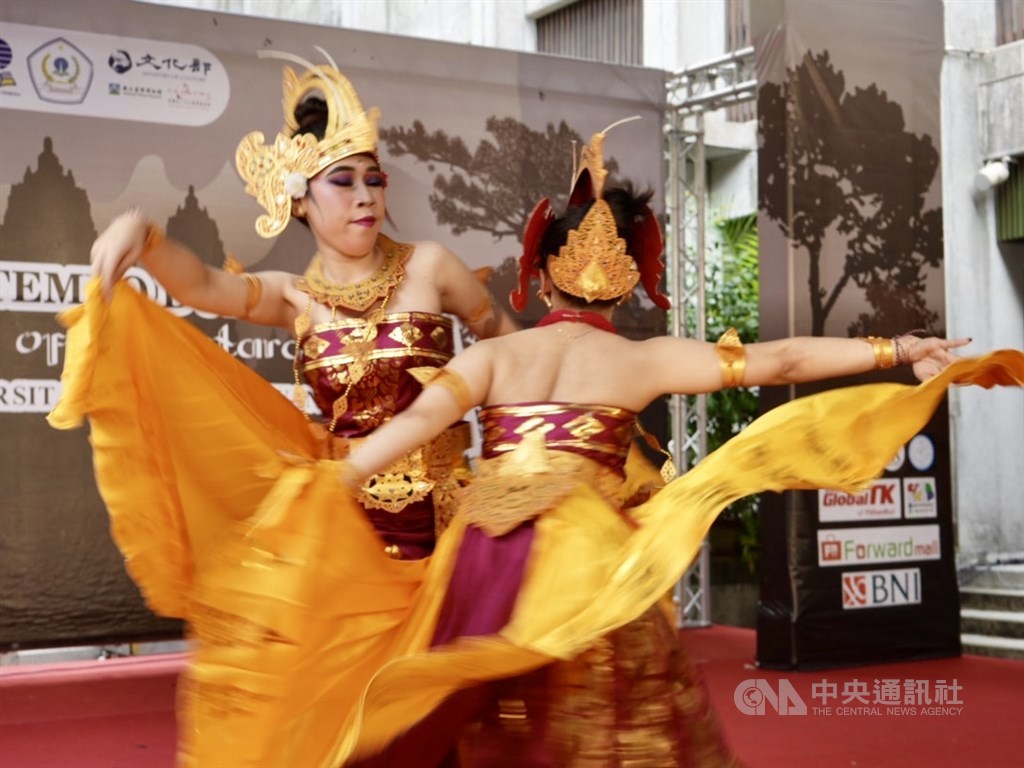 Taipei, Aug. 15 (CNA) A national museum in Taipei has taken visitors into a world of diverse and traditional Indonesian beauty by co-hosting an annual event to celebrate the archipelago country’s rich cultural heritage.

The “Indonesia Tempo Doeloe III”, held at the Nanmen branch of the National Taiwan Museum on Sunday, saw the Indonesian community in Taiwan celebrate their heritage with cultural performances, food, games and a parade of fashion.

Ethnic cultures from across Indonesia were showcased at the event through performances and clothing, while food, clothing and literature from various regions of the vast archipelago nation were sold at stalls. .

Didik Handoko, 34, a Taoyuan factory worker who is also president of the Himmas UTT student association and one of the organizers of the event, told CNA that their main goal was to enable Indonesians in Taiwan to continue to embrace their rich culture.

Himmas UTT is a student organization within Universitas Terbuka Taiwan, the Taiwan branch of the Open University of Indonesia.

The theme of the event, “Majestic of Nusantara”, is derived from the ancient Javanese term “Nusantara”, which originally referred to the territories under the control of the Majapahit Empire, corresponding to present-day Indonesia.

The significance of holding the event in August also coincides with Indonesia’s Independence Day, which commemorates the proclamation of Indonesia’s independence on August 17, 1945.

“I’m very proud to be able to introduce our culture to Taiwanese. It brings pride to us, as Indonesians in Taiwan,” Didik said.

Sulistyono, trade officer at the Indonesian Economic and Trade Office in Taipei, told CNA that the event allows Indonesians in Taiwan to express their love for their country and its culture.

“We are all proud of Indonesia and its culture,” Sulistyono said.

There is a large Indonesian community in Taiwan with 238,571 Indonesian migrant workers, according to Ministry of Labor statistics as of the end of June.

One of the highlights of the event was a performance of the cendrawasih dance, a Balinese dance that illustrates the mating rituals of Bali’s bird of paradise. The event also featured a fashion show featuring dozens of people modeling traditional clothing from various regions of Indonesia.

Deputy Director of the National Taiwan Museum, Huang Hsiu (黃秀), said she was surprised to see so many ethnic cultures of Indonesia so well organized and presented at the event.

The event is a great place for Taiwanese of all ages to come and experience Indonesian culture, Huang said.

This year’s fair is the third edition of Indonesia Tempo Doeloe, with the first and second held at the same location in September 2020 and November 2021, respectively.

This is also the seventh time that the National Taiwan Museum has collaborated with Universitas Terbuka Taiwan to co-host Indonesian cultural events.