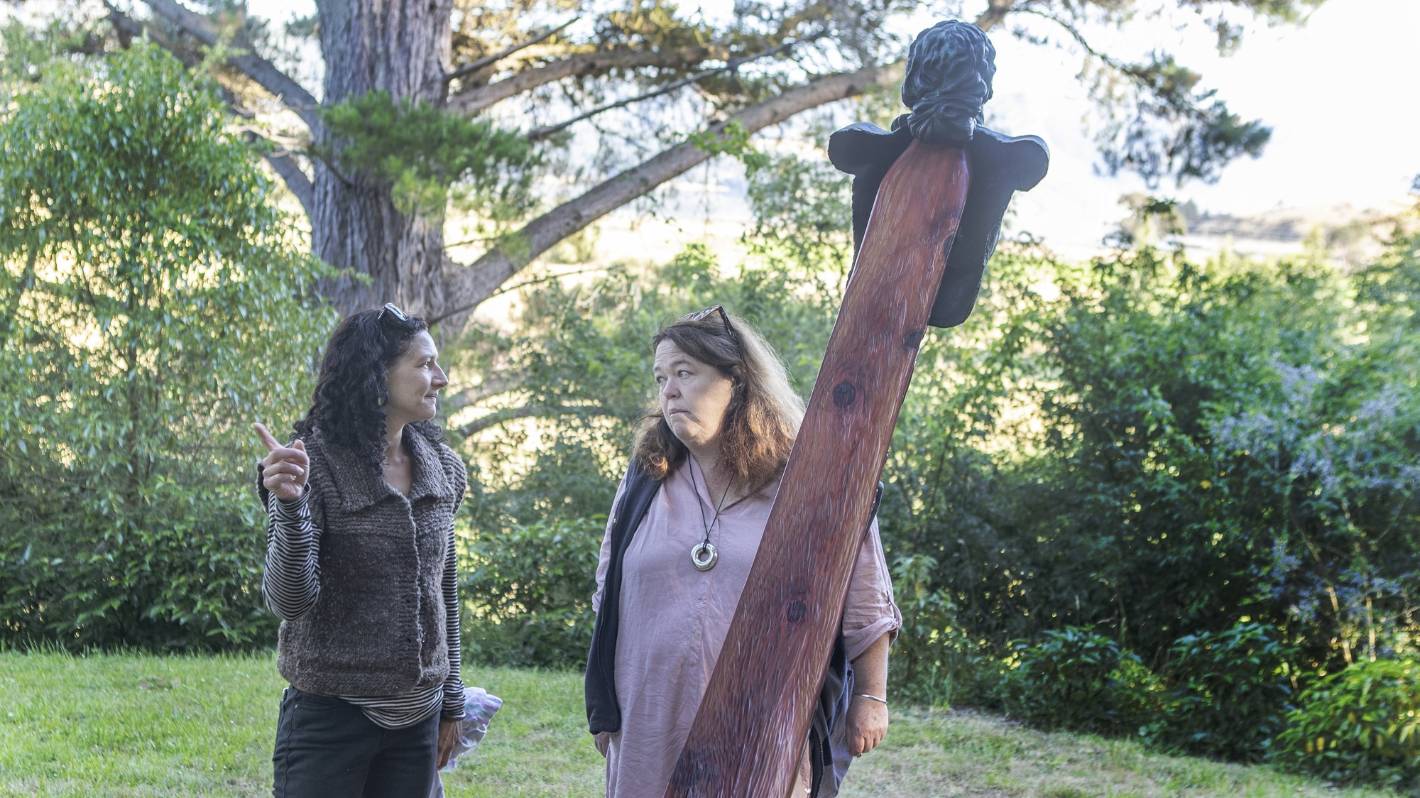 Sculpture on the Peninsula event organizer Gill Hay, right, said the event was tracking some of its highest ever art sales, despite going live within a month one week. (File photo).

Organizers Sculpture on the Peninsula were setting up art exhibits ahead of the event when New Zealand was moved to a red light.

Some had traveled from Dunedin to Christchurch with large trailers, fully committed to its latest edition. They took a break from installing the artwork to listen to Prime Minister Jacinda Ardern’s announcement about the Covid response change.

“We all couldn’t believe it,” said event director Gill Hay.

But in a “major” adjustment, organizers managed to move the event online in less than a week.

The festival was started by the late artist Geoff Swinard in 2000, and his weekend event from January 28-30 was to be the last after more than two decades to bring unique works of art to the Canterbury countryside.

The festival has brought dozens of new sculptures to a spectacular agricultural landscape in Teddington on the Banks Peninsula every two years.

Organizers postponed the event from November to January in hopes of having a last hurrah, but that was not the case.

Instead, nearly all of the art and the opening auction event were made available through the websiteand sales now appear to be among the highest in the event’s history.

“We are looking to sell more than before. Almost all of our artists have sold something, that’s the goal,” Hay said.

The shift to an online model didn’t happen overnight. A photographer and website specialist were quickly put to work, working until 11 p.m. most nights until the 5 p.m. deadline last Friday.

Most of the artwork was released online, but organizers still faced a number of uncertainties.

Ticket sales when the festival was still being held at Loudon Farm had been huge and entries for the opening day auction were sold out before Christmas.

Moving online had created uncertainty, with organizers worrying about how much art might be sold, especially as installation costs had been hit financially.

But Hay said art sales since Friday’s launch had been as good as they could get, under the circumstances.

“All I can really say is thank you to the public for their support in these times.”

Ticket holders were also given the opportunity to donate their ticket proceeds to the Cholmondeley Children’s Centre, an emergency respite center in Christchurch.

A “significant number” of donations had already been made, Hay said.

Some works are still available via www.sculpturenz.co.nz through February 28, including huge Harikoa (pink) and Paki (blue) crocheted wheku by Melissa and Rudi Robinson Cole, and smaller ceramic works by Zoe Lovell-Smith.