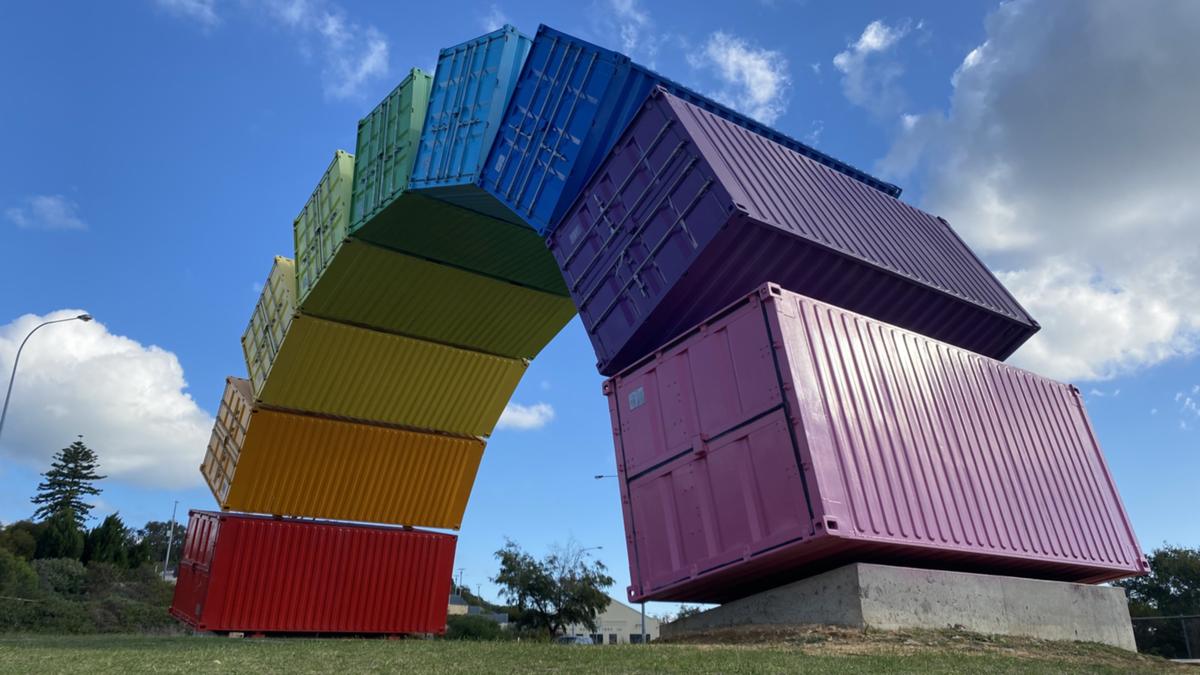 Fremantle’s rainbow sculpture, dubbed ‘Containbow’, is set to be relocated as part of the Swan River Crossings project

Fremantle’s colorful rainbow of containers will be moved so the port city’s new bridge project can take shape.

Marcus Canning’s Rainbow piece – colloquially known as ‘Containbow’ – has been located on the Canning Highway road reserve in Main Roads, overlooking the Swan River and the Port of Fremantle, since 2016.

But the transport agency said it must now make way for construction of the new Fremantle Traffic Bridge.

Your local newspaper, when you want it.

“This road allowance is necessary for the Swan River Crossings project,” a Main Roads spokesperson told PerthNow, adding that the project will incorporate heritage, public art and other initiatives.

“Main Roads recognizes that the Containbow is a popular iconic public art installation in Fremantle, which is why we are working closely with the City of Fremantle and the artist regarding its future use and location.”

It has been reported that parties including artist Canning and the city were briefed just weeks ago on potential future plans for the piece – with a new location and temporary storage being considered.

Those talks have remained confidential and the city told PerthNow on Monday it was unable to comment at this time.

The Containbow is made up of nine brightly colored, recycled shipping containers placed in an arch. It is nine meters high, 19 meters long and weighs around 66 tons.

The eye-catching public artwork has become one of Fremantle’s most recognizable landmarks and is particularly popular with travelers looking for that Instagram-worthy shot.

Former Fremantle Mayor Brad Pettitt previously described it as an “iconic entry statement and so ingrained in the culture of Fremantle that it’s hard to imagine it not being there”.

The Swan River Crossings project is a major infrastructure development for the port city, with the deteriorating traffic bridge to be replaced and a new railway bridge to be built.