While many Asia-Pacific countries have made progress in the fight against AIDS, the number of cases in Indonesia is on the rise, thanks in part to politicians pandering to religious conservatives who preach against condoms.

This problem is not new. When I arrived in Indonesia in 1996, the country seemed to deny the risk of AIDS. At that time, there were officially only 390 cases of HIV, although the University of Indonesia estimates that at least 12,000 Indonesians died of AIDS each year.

I remember in 1996 the Minister of Health, Achmad Sujudi, said that the government would not promote the use of condoms to fight the spread of AIDS because it was not culturally appropriate . “The most appropriate method for us is counseling and not distributing condoms,” he said. This prompted me – while working as a sub-editor of a newspaper – to come up with the headline: “Minister Says Condoms Don’t Fit Indonesian Culture. It’s depressing that more than 25 years later, in Indonesia, I can recycle a variation of this old title.

Indonesia finally got more serious about the fight against HIV/AIDS, launching a national movement against the virus in 2002. But there has always been opposition from conservative Muslim groups, who claim that condom promotion encourages young people to have casual sex.

When a public service advertisement promoting condom use was shown on Indonesian television stations in 2002, conservatives, such as the Indonesian Mujahideen Council, complained. They felt the ad was pornographic and endorsed the promiscuity. The government responded by pulling the ad.

This tendency to give in to pressure has continued. In 2013, the Ministry of Health gave in to protests by extremist Muslim groups by canceling National Condom Week, a program aimed at raising awareness of sexually transmitted diseases. Parliament even summoned the Minister of Health to demand to know why condoms were distributed to high-risk groups, such as prostitutes.

At the end of 2009, approximately 333,200 people in Indonesia were living with HIV, the virus that causes AIDS. By 2020, the number had risen to 540,000. According to data from UNAIDS and the World Health Organization, the number of people dying from HIV-related causes in Indonesia increased by 102% between 2010 and 2020. In neighboring Malaysia, the number of HIV-related deaths had fallen by 42% during the same period. decade, while there was a 38 percent decline in Papua New Guinea.

Opposition to condoms has gone hand in hand with the rise of the culture of homophobia in Indonesia. Some radical groups say the best way to fight AIDS is to make Indonesia an Islamic state so that homosexuality can be banned.

HIV is most prevalent in Indonesia among injecting drug users, particularly in prisons, where corruption means drugs are widely available. About 35% of people living with HIV in Indonesia are women. The latest statistics indicate that approximately 68% of prostitutes in the country use condoms.

An estimated 190 million condoms are sold in Indonesia every year, but manufacturers and health experts say public awareness and acceptance of condoms is not high enough. Indonesia’s sensitivity to condoms is perhaps ironic, given that the country is the world’s second largest producer of rubber. Indonesia has a condom factory, run by a state-owned company called Mitra Rajawali Banjaran, which produces Artika-branded condoms. These come in packets depicting a crocodile with open jaws, reinforcing the sexist notion that sex is a predatory act. The vast majority of condoms sold in Indonesia are imported brands, such as Fiesta and Sutra (both made by DKT) and Durex (made in Malaysia).

Anti-condom sentiment is so bad in Indonesia that some international development organizations have had to water down or modify health projects that incorporated the promotion of safer sex for fear of having their permits revoked by the Ministry of Interior.

Nonetheless, condom advertisements still air on some TV channels late at night and attempt to be kept within the bounds of Indonesian decency. These ads invariably suggest that condoms give married men sexual stamina, rather than explicitly explaining that they stop unwanted pregnancies and disease. Where are the pious Indonesian anti-condom brigades when religious teachers rape young female students? Consider the case of Herry Wiryawan, 36, a teacher at an Islamic boarding school in West Java, currently on trial for raping at least 13 female students between the ages of 13 and 16. These rapes would have resulted in up to eight births.

Such cases are not uncommon. In July 2021, a fifty-year-old Islamic boarding school teacher named Subechan was sentenced to 15 years in prison for raping some of his students. He had told them that sex was a noble religious act that would bring good fortune.

In December 2021, a Quran teacher in Depok, West Java was arrested for the alleged sexual abuse of 10 of his students, most of them 10 years old. There have been other cases of students being raped and then encouraged to marry the rapist.

Sex crimes happen in all religions. In January 2021, Syahril Parlindungan Marbun, a church administrator in Depok, was sentenced to 15 years in prison for sexually assaulting 20 young altar boys.

Is it the availability of condoms that drives religious figures to rape children? Of course not, but complaints against condom sales continue, especially as Valentine’s Day approaches. In recent years, public order police in different cities have warned convenience stores not to sell condoms to single people. Moral vigilante groups have also threatened to take action to stop condom sales. 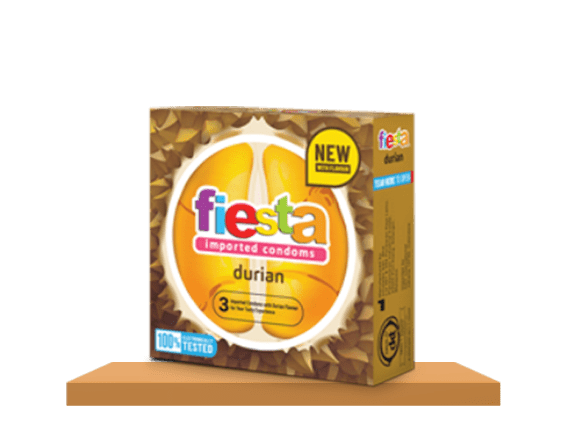 “Condoms are not cool”

So, does the taboo against condoms prevent Indonesian teenagers from experimenting with sex? Short answer: no. Some teens may just be braggarts, claiming they like sex without a condom and pull out before ejaculation to avoid pregnancy. However, the Ministry of Women Empowerment and Child Welfare has reported a significant increase in the rate of child marriages during the COVID-19 pandemic, especially among low income and low income communities. of education. The main factor behind these marriages is pregnancy, as families do not want a girl to become a single mother. When girls have to drop out of school due to an unplanned pregnancy, they are more likely to remain trapped in a cycle of poverty.

It is up to parents, schools and the government to teach children about reproductive health, but this should not include the stigma of safer sex.