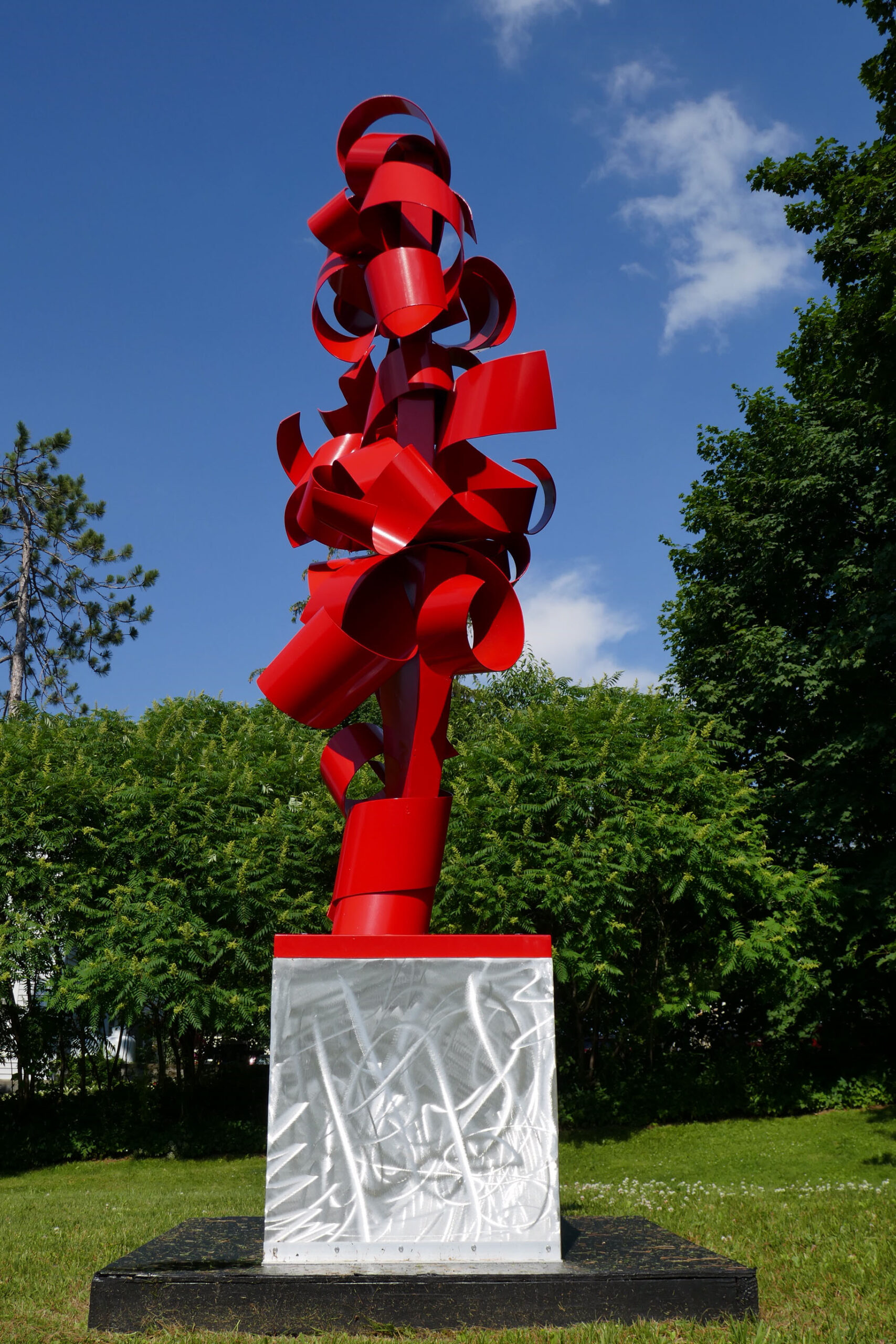 Cherry Valley Artworks awarded the top prize for his 2021 Carving Trail to Richard Pitts of New Albany, Pa., For his work â€œWindy Ribbonâ€.

Pitts received a $ 1,000 award for his work, an eight-foot-tall bright red piece made of powder-coated aluminum.

The second prize of $ 500 went to Bruce Gagnier, an artist from Brooklyn, for a series of powerful life-size bronze figures, “Yrsa,” May “and” Red “.

Exhibition judge Ed Smith, a member of the National Academy and the Royal British Society of Sculptors, gallery director and art professor at Marist College, said it was difficult to judge this year’s competition .

â€œThe choice of awards was especially difficult because there were so many outstanding works,â€ Smith said in a press release. â€œThe level of commitment, dedication and invention is visually impressive and gives a great break. I was especially encouraged by how the Cherry Valley community embraced the work.

â€œThere were many notable works that gave me a lot to think about, such as ‘Lost Orchid’ by George Hendrickson, ‘Introspection’ by Liza Little and ‘Forte II’ by Regiane Donadio, among many others. . The quality and the breath of the exhibition made the selection process very difficult but deeply moving.

Smith said he was moved by the powerful statement made by Pitts in the winning artwork.

â€œThe placement draws attention to the entire sculpture trail and this exceptional work sets a visual standard that elevates the entire exhibit,â€ he said.

However, Smith said he struggled to choose between the two finalists.

â€œBruce Gagnier has been extremely generous in showing three of his bronze figures (YRSA, MAY, RED) who have anchored the exhibition in history, artistic discipline and merit,â€ he said. â€œThe dialogue created by these bronzes brings a sense of discovery and dignity to the Sculpture Trail. These remarkable works came in very close second.