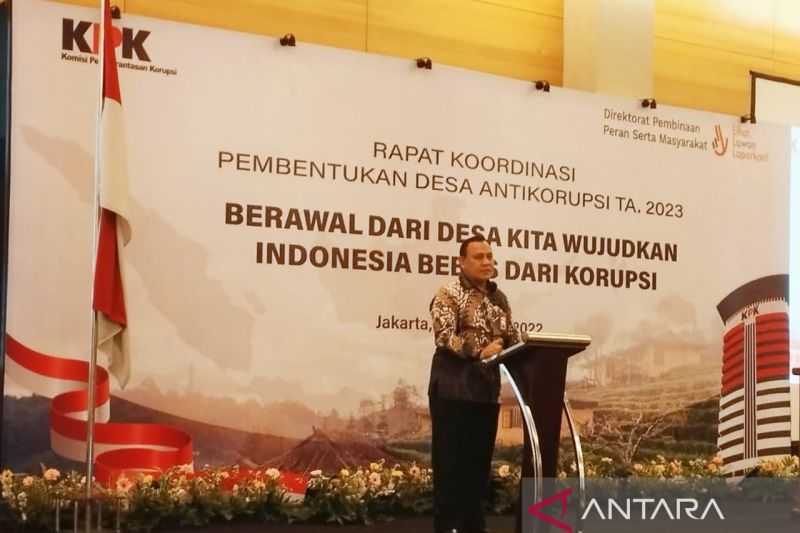 Section 6(a) of the Corruption Eradication Commission (KPK) Act No. 19 of 2019 states that the commission shall take preventive measures against corruption.

To carry out its task of eradicating corruption, the commission has put in place three strategies, namely education, prevention and repression.

The KPK implements the three strategies simultaneously so that the eradication of corruption can work effectively with the joint collaboration of various stakeholders, such as law enforcement officials, ministries, agencies, regional governments, public enterprises (SOE), regional enterprises (BUMD), and all elements of the community.

As part of the education strategy, the KPK invites the public to participate in efforts to eradicate corruption.

There are many things people can do to help root out corruption, including making sure they and their families don’t engage in corruption, acting as anti-corruption mentors, and helping to spreading the values ​​of integrity in the community, and by reporting or providing information on any corruption they see around them or of which they are aware.

The KPK’s Community Involvement Directorate also promotes broad community initiatives that promote active participation in efforts to eradicate corruption. One of them is the program of establishing anti-corruption villages.

The anti-corruption village program was launched in December 2021, with Panggungharjo village in Bantul district, Yogyakarta, being chosen for the pilot project of the program.

The selection of the ten villages began at the beginning of February 2022 and took place in four stages in total. The first stage was the observation stage to examine the readiness of the villages to pilot the anti-corruption village program. The next step involved promoting the anti-corruption concept, with village communities being informed and understanding the efforts and steps that can be taken to fulfill the village anti-corruption indicators.

During the third stage, the villages were inspected by the KPK, the Ministry of Villages, Disadvantaged Regions and Transmigration, the Ministry of Finance, the Ministry of Interior, consultants and several observers. The fourth stage involving the inauguration of the selected anti-corruption villages will take place in November 2022.

The coordination meeting marked the start of a series of activities aimed at establishing anti-corruption villages in 2023.

Through the coordination meeting, the KPK aimed to share views with local governments in the provinces and districts from which the pilot anti-corruption villages will be chosen. For example, the need for rapid and appropriate measures to improve several aspects in order to eradicate poverty.

KPK leader Firli Bahuri said one of the reasons for the establishment of anti-corruption villages is that corruption has spread to the village level. KPK data showed that between 2012 and 2021, as many as 601 corruption cases related to village funds and involving 686 village chiefs were detected.

According to commission records, from 2015 to 2022, a total of R470 trillion in village funds have been provided by the central government to support village growth, increase well-being, eradicate poverty and improve livelihoods. economy of village communities.

However, so far, according to the data, about 12.29% of the village communities are still trapped in poverty.

Bahuri said that the knowledge and governance system of the villages which are not good have opened opportunities for corruption and hence led to high poverty rate. As a result, the development of the village was also hampered and the community did not get the benefits of village funds.

Other challenges include the lack of forums to convey opinions or complaints and the lack of understanding among village leaders regarding corruption and conflicts of interest. Yet another challenge is the weakening of local culture and customary laws in the villages.

Villages have a crucial role to play in making Indonesia a country free from corruption. The creation of anti-corruption villages should help to build an anti-corruption culture starting from the village communities, then up to the governments, from the lower levels to the higher levels.