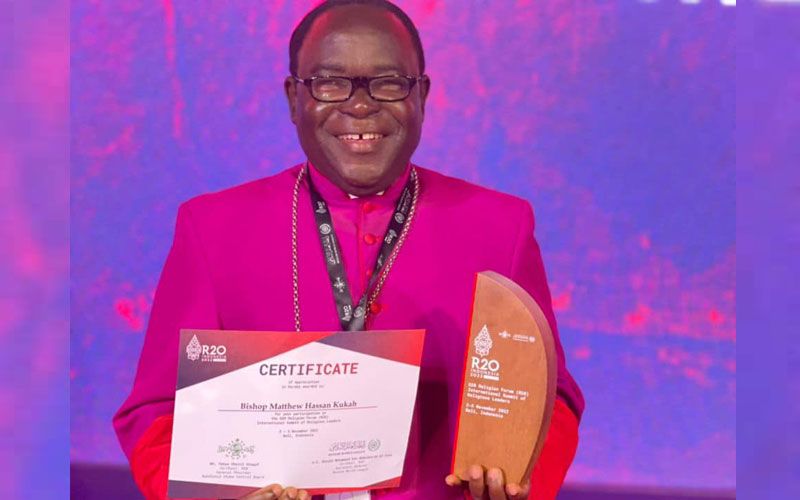 He called on religious leaders to be prophetic and reach out to their respective governments to adhere to legal frameworks, saying, “Religious leaders of the faith used must pressure their states to uphold the rule of law and do not fear being targeted. by extremists.

“Silence in this matter is taken as an endorsement, intentional or not,” said the 70-year-old Catholic bishop who has led the Sokoto diocese since his episcopal ordination in September 2011.

The G20 Religious Forum was hosted by Indonesia’s political party Nahdlatul Ulama, which represents 120 million “moderate” Muslims, or about 40% of the country’s 231 million Muslims, according to a press release.

The conference was called to “prevent the weaponization of identity” and “curb the spread of communal hatred”, according to its stated goals.

In his November 3 address, Bishop Kukah said, “It is clear to us now that we are all threatened by these terrorists who use ethnicity or religion to destroy humanity.”

“Whether it’s Boko Haram, ISIS or other ethnic or racial groups, we all need to come together to insist that an injury to one is an injury to all,” he said, adding: “We must all accept that we are all citizens of one human nation, that no religion or ethnic group is superior to the other.

The Catholic bishop who was made a member of the Vatican Dicastery for Promoting Integral Human Development in January 2021 advocated for formal education. He said a “comprehensive and integrated education program remains the cure for extremism”.

“It is not enough for religious leaders to continue to engage in mere moral rhetoric or meaningless dialogue aimed at placating donors while leaving our people as victims,” Bishop Kukah said.

He continued, “As I have seen in Nigeria and elsewhere, the first victims of religiously inspired violence by extremists are always their own people. In today’s world, these victims are so often Muslims.

“In northern Nigeria, the majority of those who died at the hands of Boko Haram, ISWAP, bandits or kidnappers were Muslims. In the Islamic State war in Iraq, the majority of casualties were of Muslims,” he added, adding, “It should ring alarm bells that this is not just about religion but about our common humanity.”