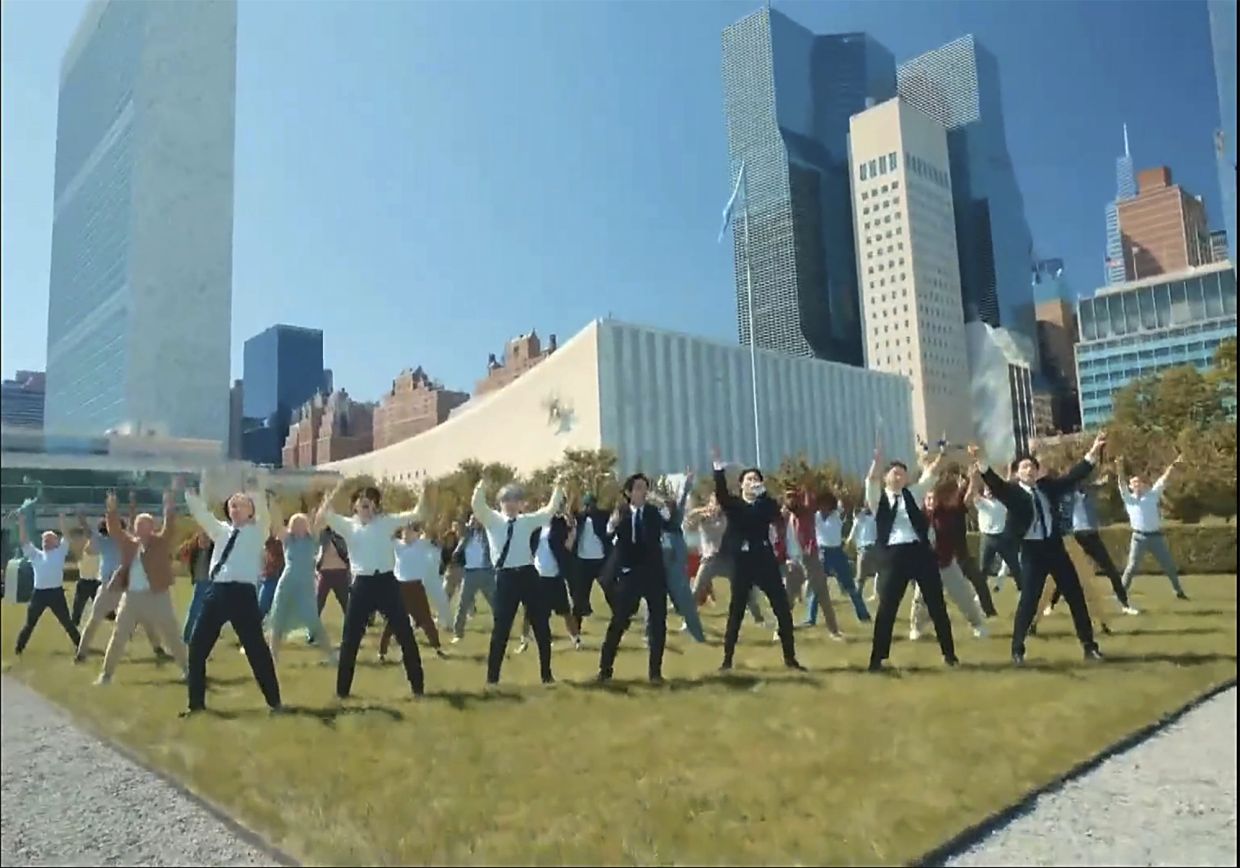 WATCH: Permission to dance? BTS sings across the United Nations

The fully vaccinated South Korean group BTS danced across the United Nations on a program that aired Monday, promoting the global goals of tackling poverty, inequality, injustice and climate change ahead of the annual gathering of UN world leaders.

The seven-member group filmed a clip to their song Permission to dance at the global body’s headquarters in New York over the weekend, dancing in the General Assembly Hall and in the gardens. It was broadcast during an event on the Sustainable Development Goals.

BTS – whose members said they were all fully vaccinated against Covid-19 – also appeared in person at the event at the General Assembly, presented by South Korean President Moon Jae-in. They are the UN President’s special envoys for future generations and culture.

They shared their thoughts and those of young people around the world over the past two years and the future, expressing their frustration during the pandemic.

â€œI was saddened to learn that the entrance and graduation ceremonies had to be canceled,â€ said Jeon Jung-kook, known as Jungkook. “These are moments in life that you want to celebrate and to miss them must have been heartbreaking. We were heartbroken when our long planned concert tours were canceled.”

They praised the resilience of young people, saying they were not “the lost generation of Covid”.

â€œI think it’s a stretch to say that they are lost just because the paths they take cannot be seen by adult eyes,â€ said BTS group leader Kim Nam-joon, known as RM.

Kim Seok-jin, known as Jin, added, â€œInstead of the ‘lost generation’, a more appropriate name would be the ‘welcome generation’ because instead of fearing change, this generation says ‘welcome’ and keep moving forward. ” – Reuters