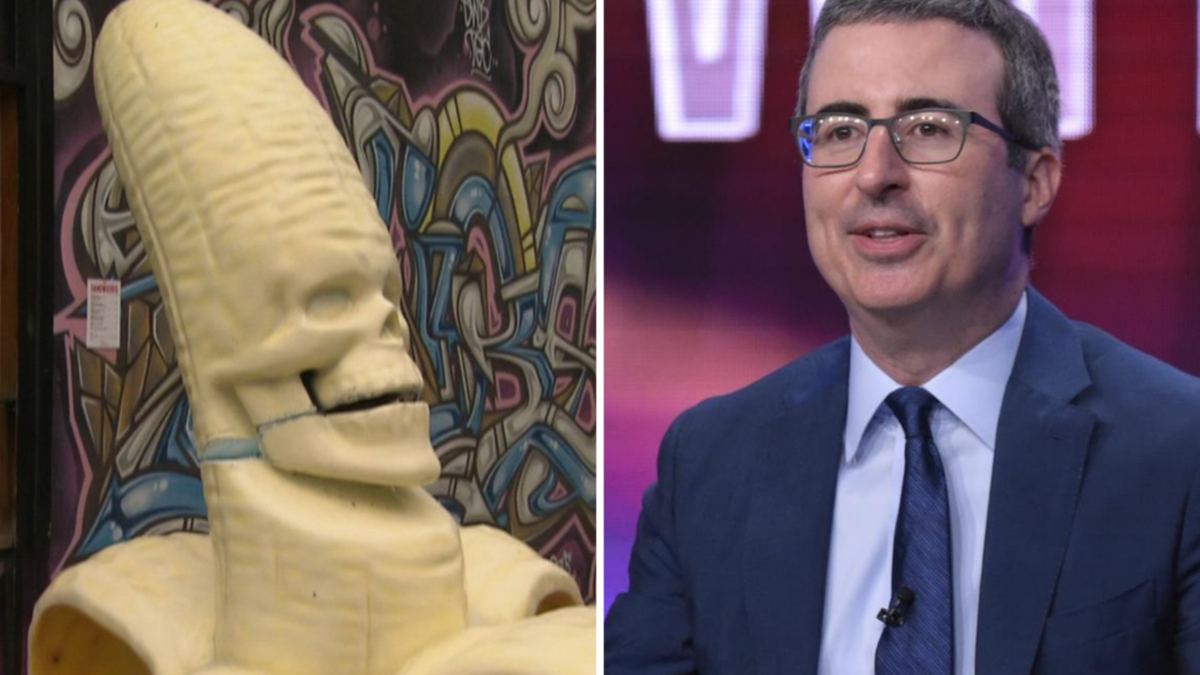 A Melbourne council has invited US TV host John Oliver to privately view a $22,000 banana sculpture after the comedian offered to take the ‘demonic’ piece out of the city’s hands.

The controversial work by Melbourne artist Adam Stone was erected in the northern suburb of Fitzroy in November last year, before being vandalized with a saw weeks later.

In exchange for the piece, Oliver said he would pay $10 in cash, donate $15,000 to a local food bank and the John Oliver Koala Chlamydia Ward, and replace the sculpture with one of a giant alligator showing his middle finger.

The sculpture, which the artist said represented the unsustainable excess of society, was funded by Victoria’s Transport Accident Board as part of a project to slow local traffic.

“I would say it’s less of a reminder to slow down and more of an encouragement to speed up in order to get away from that demonic f****** banana as soon as possible,” Oliver said.

“Apparently there is now no sign of whether the banana will ever come back, which is a real shame.”

Oliver said that since the citizens of Melbourne seemed to think their money was wasted, he had the solution.

“I’ll be happy to take that banana off your hands,” he said.

“What’s more Aussie than a dangerous animal (alligator) telling anyone who gets near it to fuck off?”

The town of Yarra was thrilled to hear that Oliver liked the sculpture, but the council wasn’t ready to part with it just yet, Mayor Sophie Wade said.

“I would be happy to take her on a tour of our wonderful city and arrange a private banana tour so they can get to know each other,” Wade said.

“We would also like to thank everyone who has expressed concern about the welfare of the banana.

“I am happy to report that the banana is currently recovering from the traumatic experience late last year, and we will keep the community updated on how the banana moves.”

‘Real talking point’: Why this banana statue appeared on a Melbourne street

Brighton hosts Jungle for a night of funky dance music