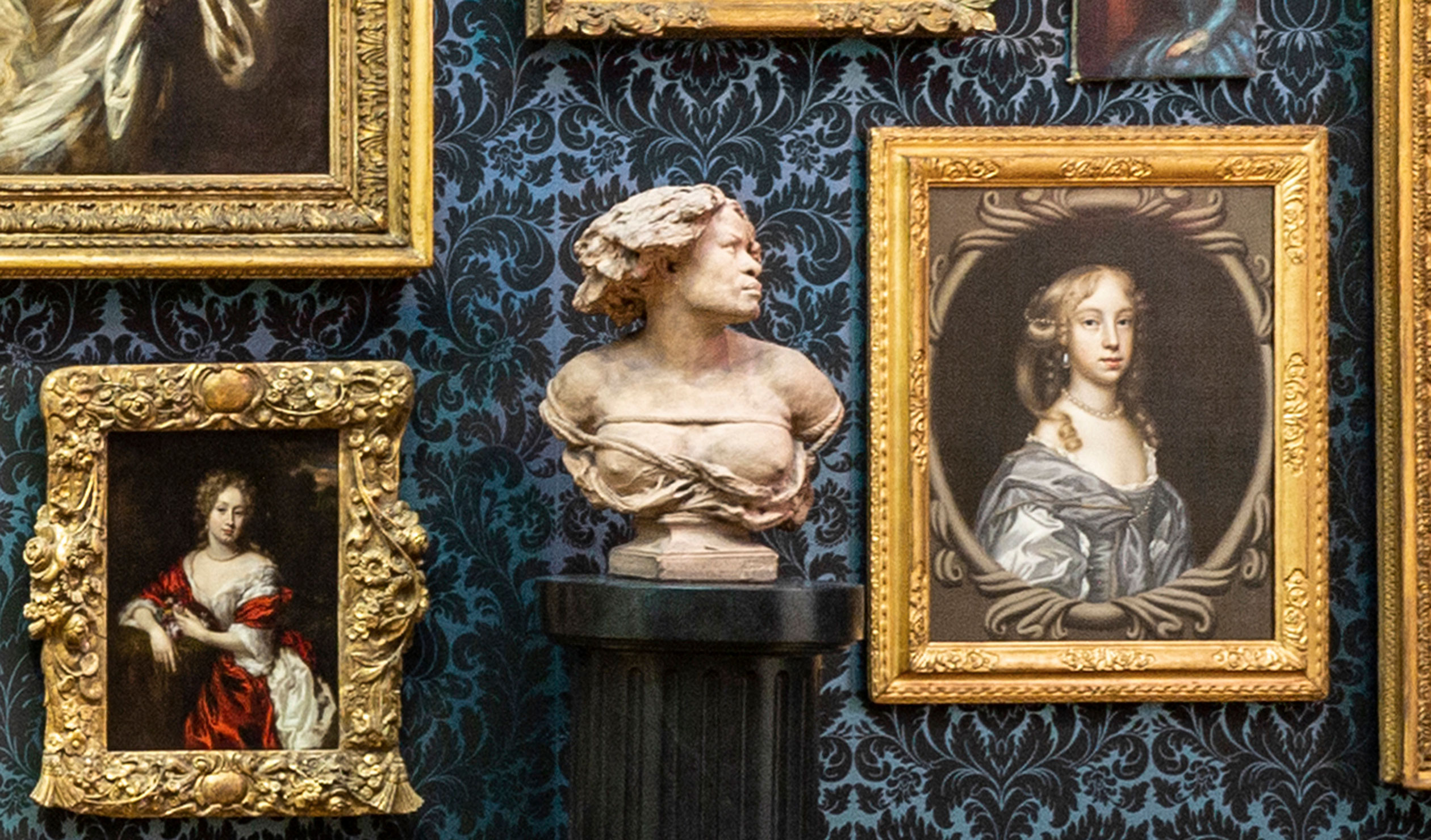 This patinated terracotta sculpture is one of several versions created in a variety of mediums – marble, bronze and terracotta – and was originally exhibited in Paris in 1869 with the title The Negressa name considered socially acceptable in the 19eEurope of the century but is no longer acceptable in the 21start world of the last century.

In 1867, Baron Haussmann – the man appointed by Napoleon III to undertake major urban renewal projects across Paris – commissioned Carpeaux to create a new fountain for the Jardin Marco Polo in Paris as part of the redevelopment of the Avenue du Luxembourg, one of the great boulevards of the Beaux-Arts in Paris. by Carpeaux Observatory Fountain was finally completed in 1874 and depicts the four parts of the world – Europe, Asia, Africa and the Americas – embodied by four female figures holding aloft the celestial globe. The figure representing Africa is the same model depicted in Why be born a slave! (Why be born a slave!), although it appears in a slightly different form.

AGSA’s version of this sculpture was issued as a more commercial venture and was the only one to have the more explicit title inscribed on its base – why naIbe a slave.

Carpeaux’s work undoubtedly draws attention to the history of slavery among the peoples of Africa: while abolition had taken place in France some twenty years earlier, the Civil War in the States United States had not ended until 1865 and slavery remained a hotly debated topic.

The sculpture has become an iconic representation of slavery and the abolitionist movement around the world, but of a 21stcentury, its depiction is recognized to retain a 19th-century colonial sensibility in its depiction of women of color as sexualized objects of desire.

Many people of African descent lived in Paris in the 19e century and there were many colored men and women who became models for popular artists. However, due to their cultural heritage and social status as model artists, the names and stories of these men and women have been lost to history, and it is only in recent years that cultural institutions have began to shed light on those forgotten. The figures.

The weathered and porous surface of Why be born a slave has meant that over the years a lot of surface dust and dirt has accumulated which has affected the overall visual presence of this piece. After consultation with Artlab’s conservators, we decided to undertake a full assessment and treatment which had not taken place since the work was acquired by AGSA in 2003 (and it is highly unlikely that they occurred when the work was in private collections).

Tests with traditional methods of dirt removal – rubber putty, wet pads with various solvents – yielded limited results, and after consulting international experts, the restorer decided to test using an Nd YAG laser, set to the lowest energy setting. Interestingly, this type of laser is commonly used in beauty-related skin treatments today. The laser was very effective and lifted the most heavily soiled areas without damaging the overall patina of the work, retaining the surface texture so that the artist’s original modeling was clearly visible.

This important sculpture, Why be born a slaveis now back to display in the AGSA’s Melrose Wing.

Tansy Curtin is Curator of Pre-1980 International Art at the Art Gallery of South Australia. This article is part of an occasional series in which AGSA curators offer insight into specific works or exhibitions at the gallery.

Note: A marble version of the sculpture by Jean-Baptiste Carpeaux is currently the centerpiece of an exhibition at the Met in New York titled Fictions of emancipation: Redesign of Carpeaux.

Your support will help us continue the important work of InReview in publishing free professional journalism that celebrates, questions and amplifies the arts and culture in South Australia.