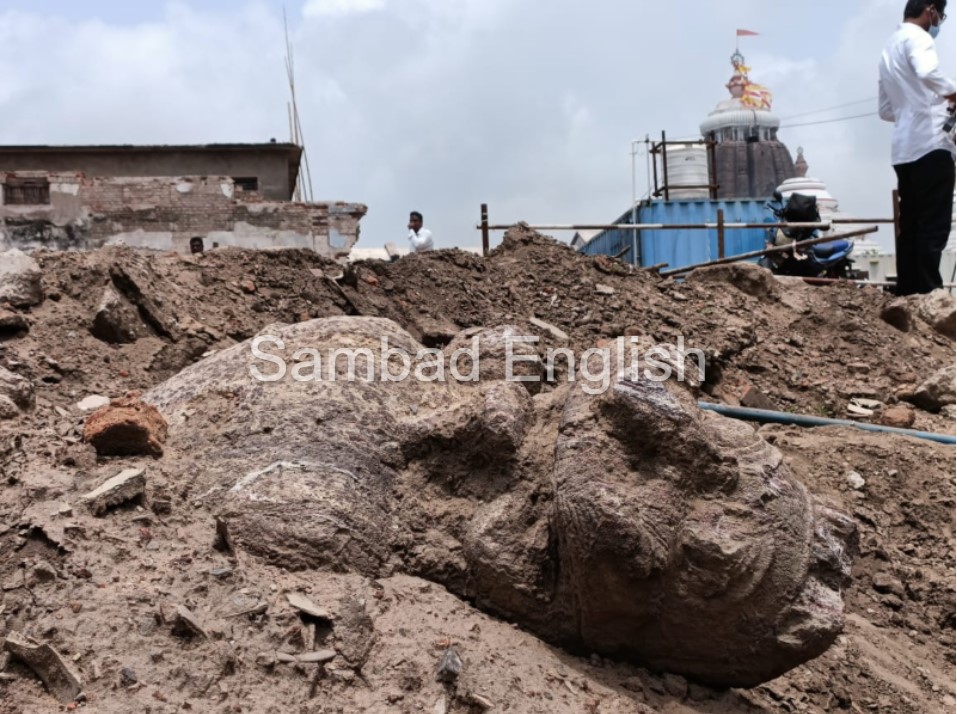 
Puri: A day after a lion sculpture was discovered during excavation works for the Srimandir Parikrama project, Archaeological Survey of India (ASI) Superintendent Arun Mallick today inspected the site and sent samples of the sculpture for closer examination.

Mallick conducted a survey where the historic Emar Matha used to exist but was demolished in 2019 to make way for the Srimandir Parikrama project.

After examining the broken pieces of the lion sculpture at the excavation site, Mallick said: “The stone artwork could be from the Ganges period. However, the details of the sculpture will be known after careful consideration,” adding that he could not comment further as the matter is pending.

The Odisha Bridge and Construction Corporation (OBCC) had asked ASI to carry out an investigation at the site when the lion sculpture was unearthed.

A resident of Puri has filed a petition in the High Court of Orissa claiming that the new construction project around the Sri Jagannatha Temple threatens the structural safety of the temple structure.

So You Think You Can Dance season 17 episode 1 soundtrack