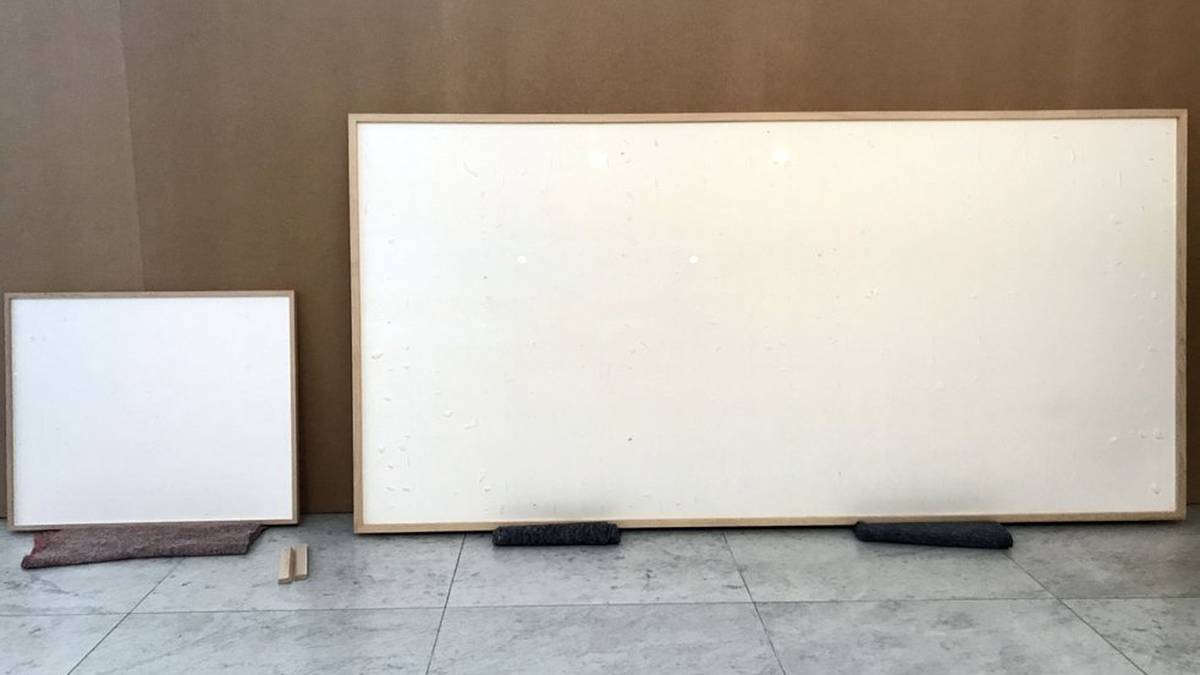 “The artwork is I took the money,” said Haaning Photo/Supplied, Kunsten Museum of Art in Aalborg

A Danish artist who received a pile of money from a museum to create an artwork, submitted two empty canvases – titled ‘Take the money and run’.

Jens Haaning received the equivalent of nearly $122,000 in Danish kroner and euro banknotes from the Kunsten Museum of Modern Art in Aalborg.

For its exhibition on working conditions and money, called “Work It Out” which opened on September 24, the museum asked him to recreate two of his first pieces, which featured banknotes attached to a canvas representing the average annual salary in Denmark and Austria. . In addition to lending him the notes, the museum also paid him 25,000 crowns ($5,644) for the work.

But when museum officials received the finished works of art, they were blank.

“The artwork is that I took the money,” Haaning said during a radio show on channel P1 which is part of Danish broadcaster DR this week. He refused to say where the money was.

Haaning, who is known as a provocateur, said the artwork depicted his current work situation.

“I encourage those who have such miserable working conditions as me to do the same,” Haaning told P1. “If they are asked to give money to go to work, then take the money and run.”

The museum claims Haaning broke the agreement on how to use the money. However, he has yet to decide whether to report Haaning to the police if the money is not returned by the end of the exhibit in January.

Haaning, however, denies committing a crime and insists he produced a work of art.

Who got knocked out of Dance Deewane 3 this week!