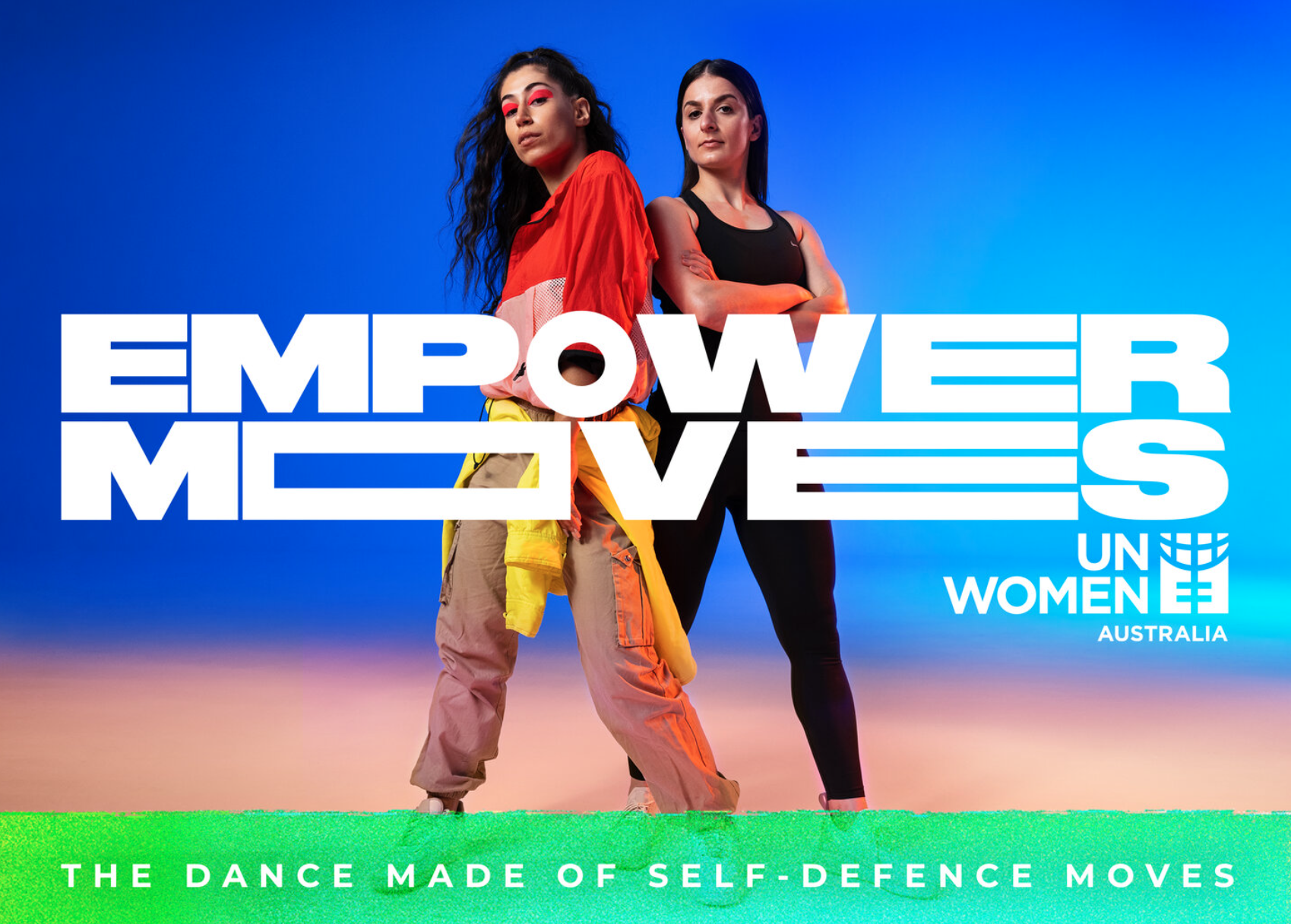 UN Women Australia launched #EmpowerMoves a self-defense TikTok dance that invites girls to celebrate International Day of the Girl, via The Monkeys.

This week, girls across the country recreated the #EmpowerMoves Dance TikTok. But what appears to be just another TikTok dance, is actually a carefully choreographed sequence of basic self-defense actions, creating a movement through which girls can show their strength and support for a secure, equal and empowered future. .

The powerful dance sequence, personalized by girls across the country, has been picked up by celebrities and people around the world, including activist Grace Tame and influencer Suzan Mutesi. The idea behind the dance is that the girls promote hope and fun, while also spreading an important message.

It brings together the music of Australian singer-songwriter Wafia, the contagious movement of choreographer and entrepreneur Karla Mura, with the direction of She Fights Back, to create a series of grassroots self-defense movements.

#EmpowerMoves invites girls to celebrate International Day of the Girl by coming together on TikTok to show their voice for a strong and equal future for themselves. #EmpowerMoves comes after campaign launch by UN Women Australia “When will she be right?” “ early 2021, calling on Australians to agitate and accelerate progress on gender equality.

The goal of #EmpowerMoves is to give Australian girls the opportunity to show their support for this cause, through a platform and a message that concerns them. #EmpowerMoves was created by The Monkeys, part of Accenture Interactive, with support from TikTok, UM and Edelman.

Simone Clarke, Executive Director of UN Women Australia, said: â€œThe challenges girls face are relentless, some we could never have imagined, but they are resilient and deserve to celebrate their strength.

â€œWhen the world is safe and a level playing field for girls, we will dance for joy. Until then, girls can dance to be fierce, dance to be powerful, and dance to show their voices for the equality they deserve.

Tara Ford, Creative Director of The Monkeys, which is part of Accenture Interactive, said: “#EmpowerMoves is designed to be uplifting and stimulating at the same time.

â€œAnd while the combination of dancing and self-defense is by no means a solution to the larger problem, it is the start of an important cultural conversation for girls. A positive step towards not only personal confidence, but greater awareness of the larger societal problem that many girls and women face every day.

Sunita Gloster, Industry Commentator and Advisor to UN Women Australia, said: â€œ#EmpowerMoves invites girls to have fun and create movement and conversation about gender equality. It’s their language and their message, on a platform they live on.

â€œAn equal future needs the voices of our daughters and young women to be heard and announced now. We have seen how powerful this generation is to drive change. “