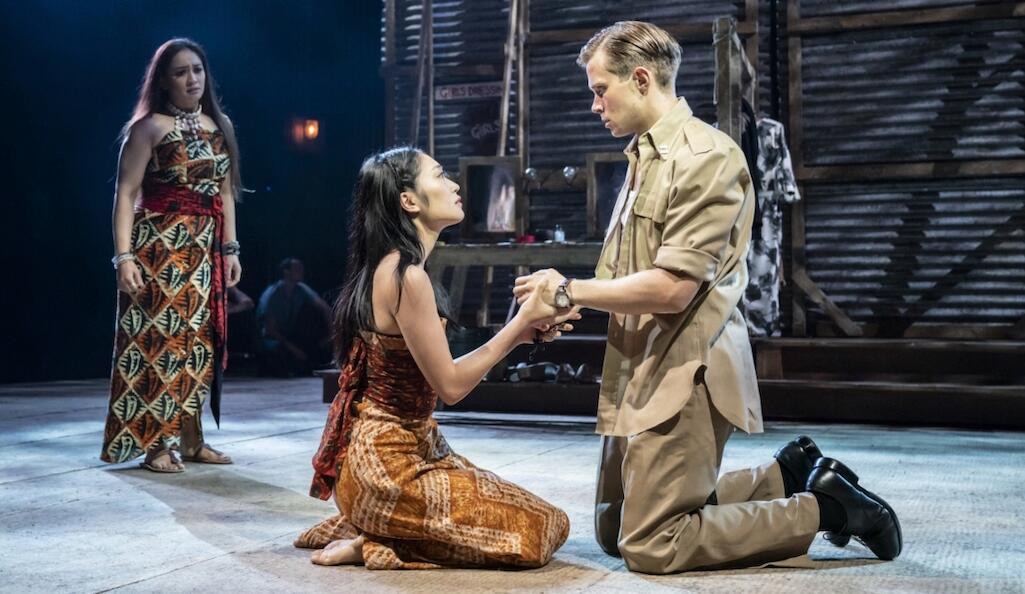 The critically acclaimed Chichester Festival Theater production of Rodgers & Hammerstein’s 1949 musical South Pacific docks at Sadler’s Wells this summer. Directed by the theater’s artistic director Daniel Evans (Me and my daughter, fiddler on the roof), the production was praised for emphasizing the Broadway hit’s anti-racist message, which concerns American and French colonization of the Pacific Islands.

Adapted from the Pulitzer Prize-winning novel by James A. Michener Tales from the South Pacific, the plot centers on the blossoming relationship between an American nurse, Nellie, who is stationed on an island in the South Pacific during World War II, and a middle-aged French plantation owner, Emile de Becque. Nellie loves Emile, but finds it difficult to accept her mixed-race children. Also on the island and just as conflicted is a United States Navy lieutenant, who has fallen in love with a young Tonkinese woman, but fears the social consequences of her marriage.

Underpinning it all are some of the musical duo’s most beloved songs, including “I’m Gonna Wash That Man Right Outa My Hair”, “Bali Ha’i”, and “You’ve Got to Be Carefully Taught”. – the latter, no doubt, ahead of its time in exploring racial prejudice on stage.

Julian Ovenden (Bridgerton, Downton Abbey) and Gina Beck (Matilda, Bad and Wretched). The design is in the hands of Peter McKintosh (Olivier-winning Crazy of you), while the choreography is in charge of Ann Yee (Caroline, or change).

So, from the windswept plains of a southern US state to the tropical islands of the Pacific, we’re heading for another dive into the duo’s vast musical canon.

South Pacific is on view at Sadler’s Wells from 27 July to 28 August. Click here to book.