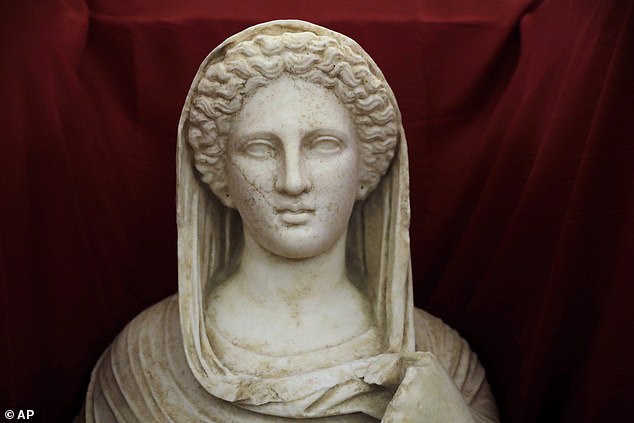 A rare 2,000-year-old statue is returned to Libya after being found during an attempted smuggling via Heathrow airport.

Border force officials seized the sculpture in 2013, after experts discovered it had been illegally dug up from a grave.

A court ruled in 2015 that the marble statue – which depicts the Greek goddess Persephone – belonged to Libya after using expert evidence from the British Museum.

Since the trial, the statue has been kept in a safe place at the British Museum as HMRC works alongside the Libyan Embassy to bring the statue back to its home country.

The one-meter-tall statue is now expected to make the 2,250-mile journey to Libya in the coming weeks. 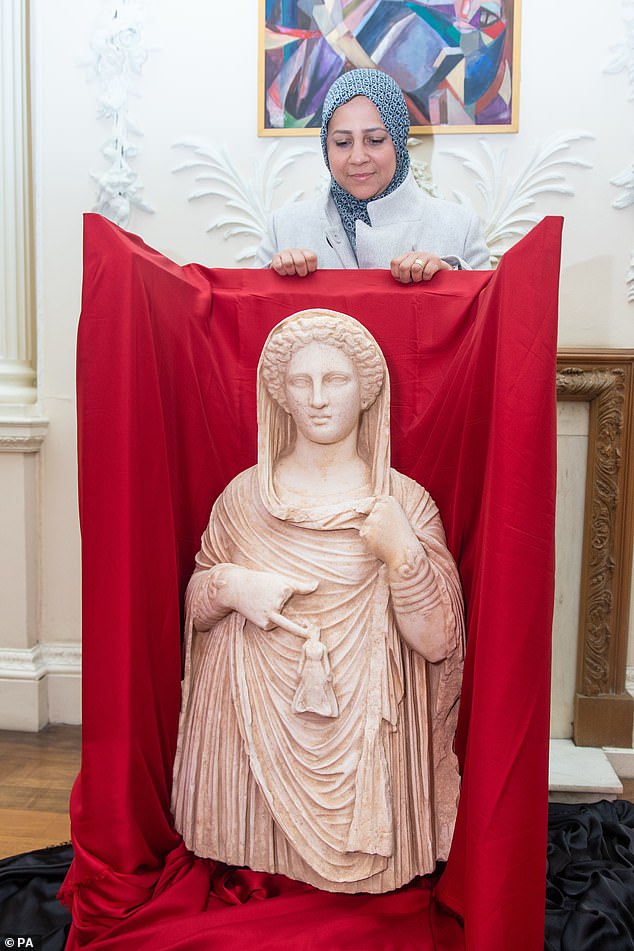 Libyan Embassy First Secretary Enas Kaal stands behind the statue at the Libyan Embassy in London, where she will remain until she returns to Libya in the coming weeks. 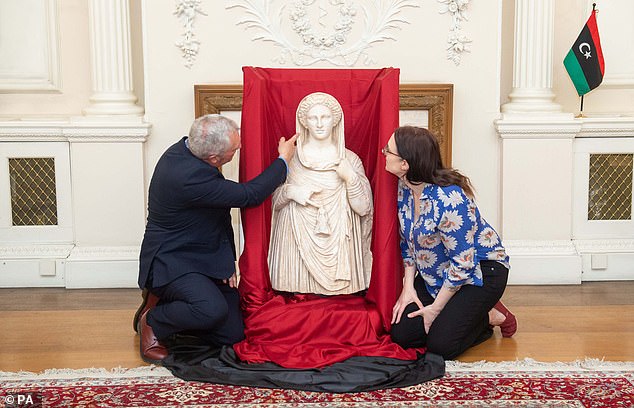 British Museum staff Peter John Higgs (left), the head of the Greece and Rome department and Hannah Boulton (right) were pictured with the statue at the Libyan Embassy in central London

The sculpture is believed to come from the Cyrenica region in Libya, which was once colonized by the ancient Greeks.

It was easily identifiable by experts as only a handful of these types of sculptures are found in museums or private collections outside of Libya.

The statue gives a distinctive depiction of the Greek goddess with snake bracelets and holding a small doll.

Some scholars believe that this type of statues, which are said to be immensely rare, were deliberately constructed without legs so that they could not escape, thus providing protection forever for the body buried in the tomb below.

“This case is another good example of the benefits of all parties working together to fight looting and protect cultural heritage.”

Curator Peter Higgs says he knew exactly where the statue came from when he saw it. 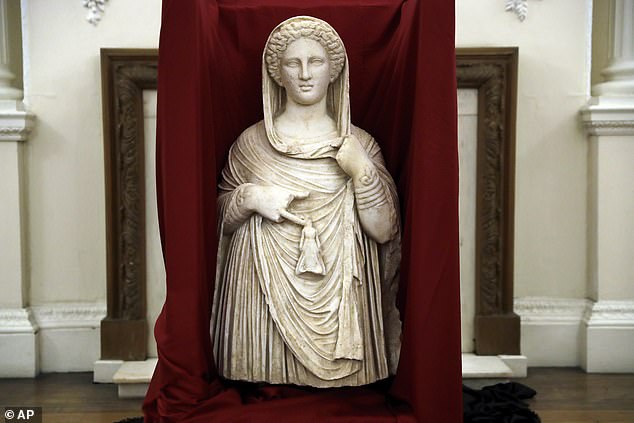 Some scholars believe that this type of burial statues were purposely constructed without legs so that they could not escape, thus providing permanent protection for the body buried beneath.

Describing the piece as “breathtaking” he said: “It is a beautiful statue three-quarters long, very well preserved with just a few fingers missing.

“It’s technically brilliant in the way it’s been carved, with very crisp detail, and the face is very well preserved as many Greek statues have lost their noses.”

Caroline Dinenage, UK Minister for Culture, added: “The UK is a world leader in the protection of cultural heritage both at home and abroad, and our work to combat the illicit trade in objects is a key part of this.

â€œThanks to the combined efforts of HMRC and the British Museum, we are able to return this important statue to Libya, where it belongs. ” 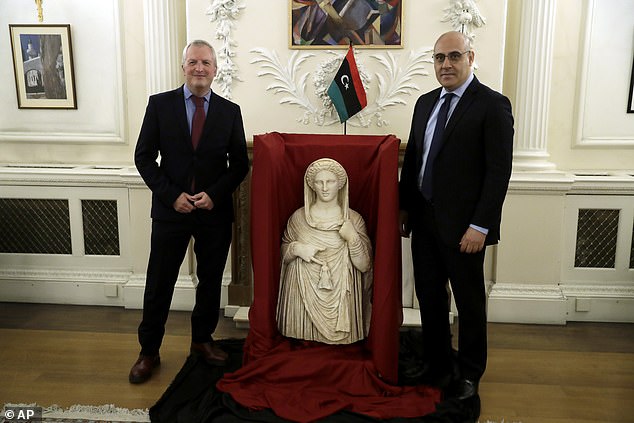 Mohamed Elkoni (r), the charge d’affaires of the Embassy of Libya, stands next to the statue with Peter John Higgs from the British Museum (l) 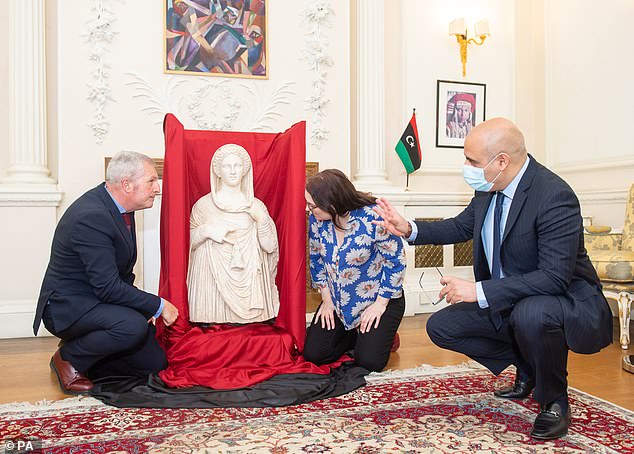 In Greek mythology, Persephone was the wife of Hades, the god of the underworld.

She spent half the year with her husband and the other half with her mother, Demeter, the goddess of nature and agriculture.

The ancient Greeks believed that the myth was the explanation of the seasons as Persephone’s mother grew cold with grief when she parted with her daughter during the winter months.

The British Museum said in a statement it had worked closely with the Society for Libyan Studies throughout the case.

The museum has helped repatriate thousands of antiquities over the past twelve years, including more than 100 cuneiform tablets looted from Iraq, which reportedly fetched tens of thousands of books on the black market.

A spokesperson for the British Museum said: â€œSince 2009, we have assisted in the repatriation of more than 2,300 antiquities, in Afghanistan, Uzbekistan and Iraq.

“This case is one in a long line of success stories involving many agencies and individuals, and once again illustrates the value and importance of these long-term relationships.”

In Miami, a sculpture made to live