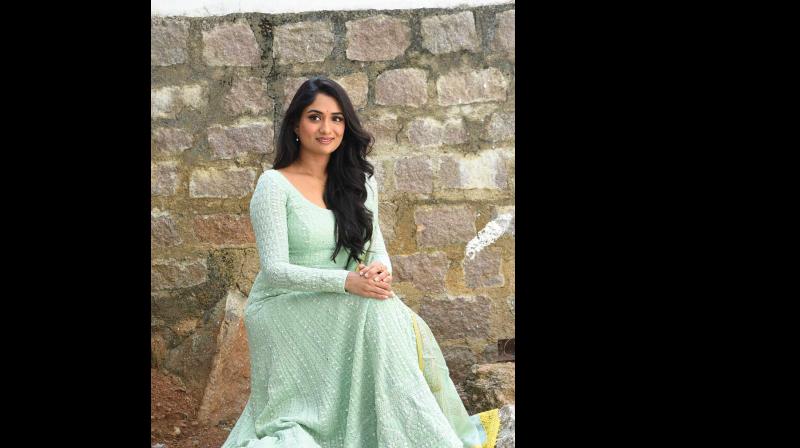 Cinema is an extension of dance: Sandhya Raju

Sandhya Raju, the daughter of billionaire industrialist PR Venketrama Raja, chairman of Ramco Group and daughter-in-law of Satyam Computers founder Ramalinga Raju, is set to make her acting debut – she will be the lead actor in Natyam, directed by Revanth Korukonda.

For Sandhya, who started learning Kuchipudi at the age of 9, getting into acting was a natural progression in her pursuit of the arts. â€œI think it’s like an extension of my art to reach a wider audience,â€ she says, adding that she chose a dance-based film because of her skills in the field.

The film presents the evolution of Sitara, a village beauty (played by Sandhya), and how she achieves what she cares about. The film was shot in Bangalore, Hampi, Lepakshi in Andhra Pradesh and Hyderabad.

â€œThe plot takes place in a fictional village called Natyam, inspired by the village of Kuchipudi in Andhra Pradesh. The hamlet attracts artists from all over and it all takes place around a temple dedicated to a powerful goddess, â€she explains, adding that the film goes beyond exploring the physicality of dance and the uses as a medium to tell stories.

While the right script is one aspect, Sandhya reveals that her preparation for the role was difficult. â€œIt wasn’t easy for me. Since this was my first date with the cinema, every step of the film was an experience, â€she says of the October 22 release.

From mastering diction to body language to gestures, Sandhya had to do a lot of research for her part. â€œI must have observed a lot of traditional and classical dancers from small towns. As I grew up in a city, it was important because I had to imitate them correctly. I also watched videos of old classics and movies directed by K. Vishwanath werewolf, and I must have recalled some memories of my childhood, â€she says.

As she was born in Chennai, Sandhya was a little worried about having a good Telugu diction and hired three tutors to help her. She found the experience of filming a feature film incredible.

â€œIt was a great learning curve! I also realized that the camera is a powerful tool, â€she notes. After working on the project for about two years, Sandhya says she started to understand cinema better. â€œI understood the effort required to make a film,â€ she shares.

Sandhya had to don several hats for the film: decorator, stylist, choreographer and even producer. â€œI really don’t know how I did all of these things; I’m a little surprised looking back, â€she reveals. â€œIt was a battle for me to coordinate everything! Plus, staying focused on the project for over two years was a challenge, â€she says. â€œThe script was realistic and the joy of bringing the characters to life allowed us to cope with the pressure,â€ she says.

We ask her if she would continue to play acting roles and she replies, â€œBallet will always be my first love. However, I am also open to acting opportunities and will definitely take them if I find them interesting. In response to our question as to whether filming during the Covid era was difficult, she shares an interesting anecdote.

â€œOn the last day of our shoot in February 2020, actor Aditya Menon showed me messages about the coronavirus on his mobile, and the devastation it was creating in China. The word was totally new to me and to everyone on the sets. Who would have thought it would turn the whole world upside down a month later!