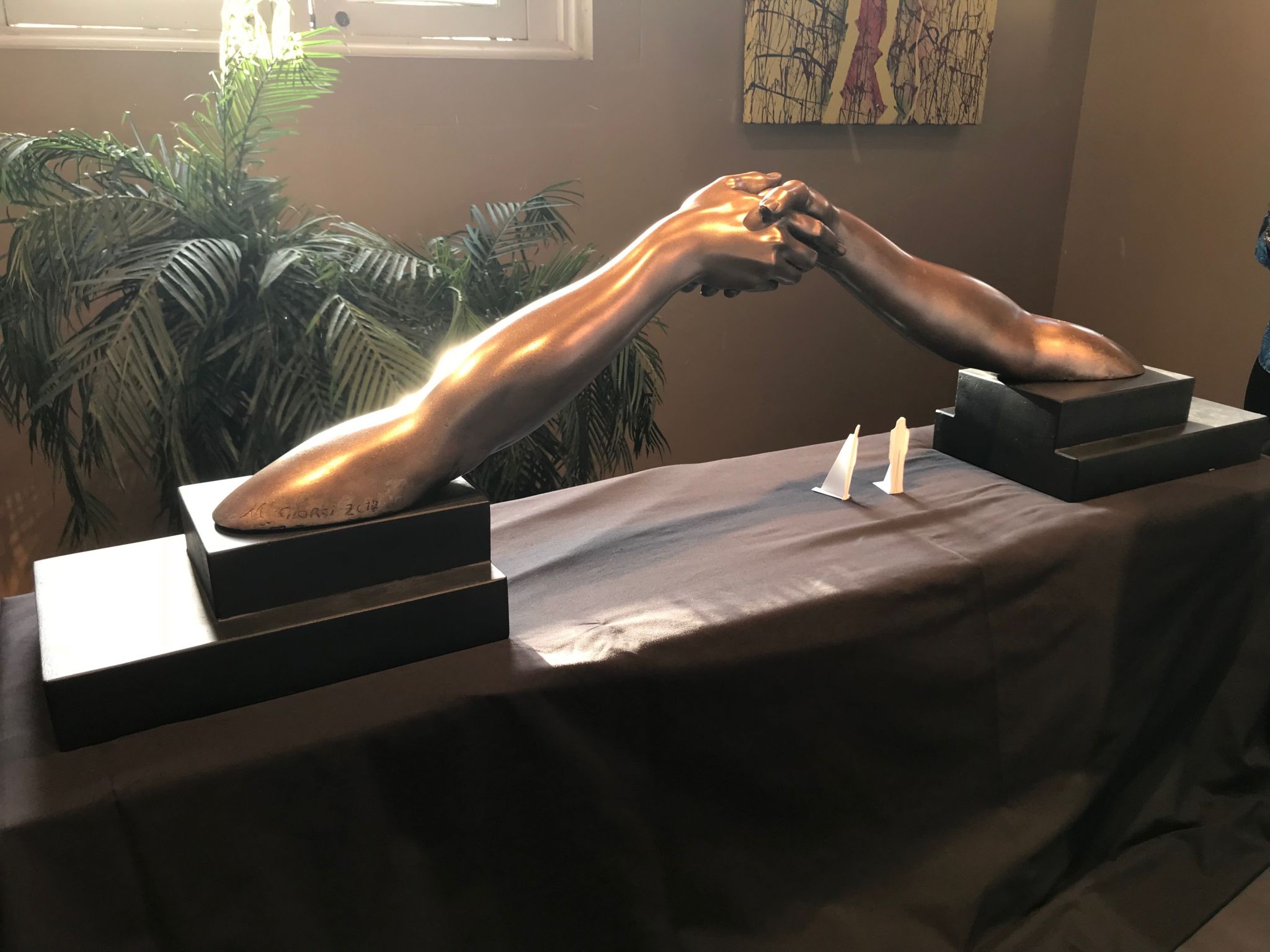 The model of a bronze sculpture, representing two hands gripping in a void, was unveiled Friday evening at the Laredo Center for the Arts.

This sculpture, when fully completed, will be approximately 65 feet long, 20 feet high, and will greet travelers entering the United States via the Juarez Lincoln International Bridge.

This is the vision of Italian artist Marcello Giorgi, who works with the nonprofit Arts Way Home charity fund to create a work of art symbolizing immigrant rights and international friendship, to be donated to the city of Laredo.

READ MORE: Laredo native looks to show off her passion on ‘American Idol’

Faced with the question of the immigrant, his first idea was to create a sculpture of a bridge.

But then he thought of Italy, which has always been a country of emigration. Now they welcome immigrants who arrive by raft from North Africa and other parts of the world. He thought about their safe entry into Italy and the way people get them out of their boats.

â€œThe image of this hand, to help people out of the ocean was in my mind. The hand and the arm are the first instrument we use to help people,â€ said Giorgi.

He therefore thought of building a bridge that connects two hands and two arms.

Then, the association was responsible for finding the right city for this sculpture.

City councilor Roberto Balli said he received a call from the charity fund in December. This was around the time the city was working on contract architects to redesign and beautify the area of â€‹â€‹the four blocks leading to Bridge II.

The charity wanted to put the sculpture there, but they didn’t know how to get there. The city did, Balli said.

Giorgi said Laredo chose him for this project.

At Friday’s welcome reception for the artist, Mayor Pete Saenz thanked him for using his talents to send a message of peace to Laredo.

READ MORE: Family and friends mourn the death of Laredo man killed while riding a bicycle

Balli said he envisioned the sculpture as Laredo’s Statue of Liberty – an immigrant rights sculpture. It’s a perfect fit with perfect timing, he said.

Giorgi is working with the architects of the Four Blocks, Abrazo Partners, on the exact placement of the sculpture along the Four Blocks. The idea is that it will be a gathering place for people, Giorgi said.