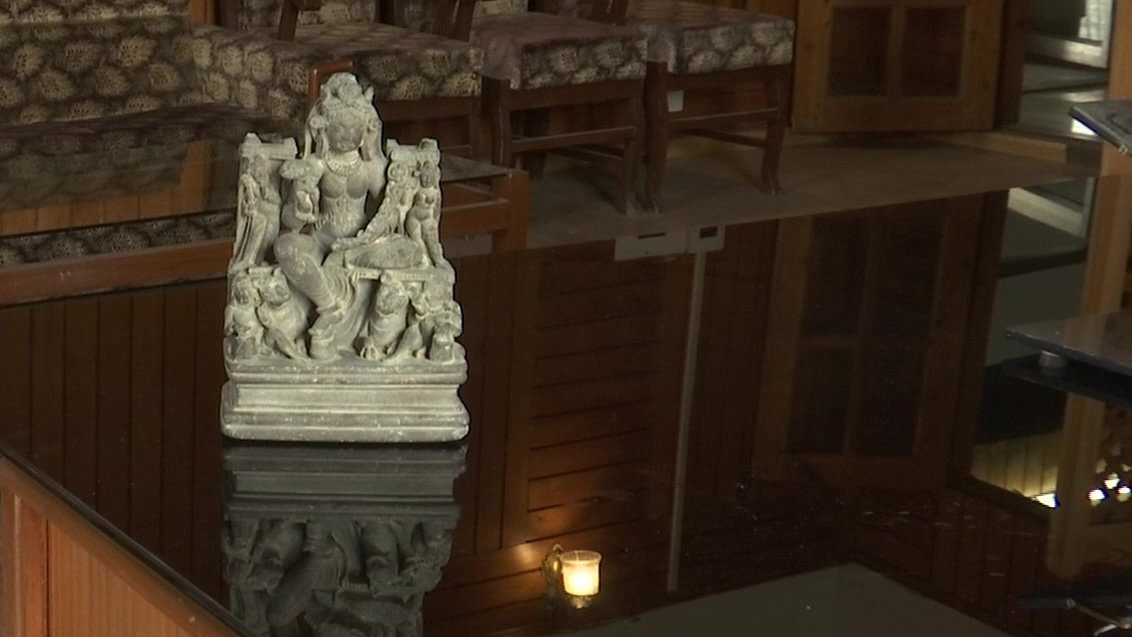 1,200-year-old sculpture of the goddess Durga recovered by police from J&K Budgam

Srinagar, September 8: A sculpture of the goddess Durga, about 1,200 years old, was found in the Jhelum river in Pandrethan, Srinagar, Jammu and Kashmir, by a laborer who was extracting sand from the river in August.
The worker, who recovered the sculpture, was trying to sell the historic sculpture, but thanks to the timely intervention of the Budgam police, it was recovered and handed over to the Government Department of Archives, Archeology and Museums. of Jammu and Kashmir.
Representing the history of the Kashmir Valley are its temples, shrines and mosques. The 1,200-year-old sculpture also portrays its rich past.
Carved from black stone, the 6 “x 08” sculpture depicts the Hindu goddess seated on a throne with four attendants.
Mushtaq Ahmad Beigh, deputy director of the Department of Archives, Archeology and Museums, said: â€œUpon examination by experts, it was revealed that the sculpture of Goddess Durga dates back to around 7- 8th AD (around 1200 years).
Giving details of the sculpture, Beigh said, â€œThe two-armed sculpture of Goddess Durga has two pillars on the back and a lotus and chakra in her hand. The goddess, in the sculpture, wears a necklace and a crown. The object material of the sculpture is a black stone, which is locally available in Kashmir.
He added that stone carving in the valley is an ancient art that has been kept alive by the people here.
â€œThe sculpture is very valuable and will be placed in the SPS Museum after completing the legal formalities,â€ Beigh added.
Javaid Ahmad, an employee, said: â€œThe preservation of such historically significant pieces helps us understand the craftsmanship of the past and reminds us of the glorious past of the valley. “(Agencies)