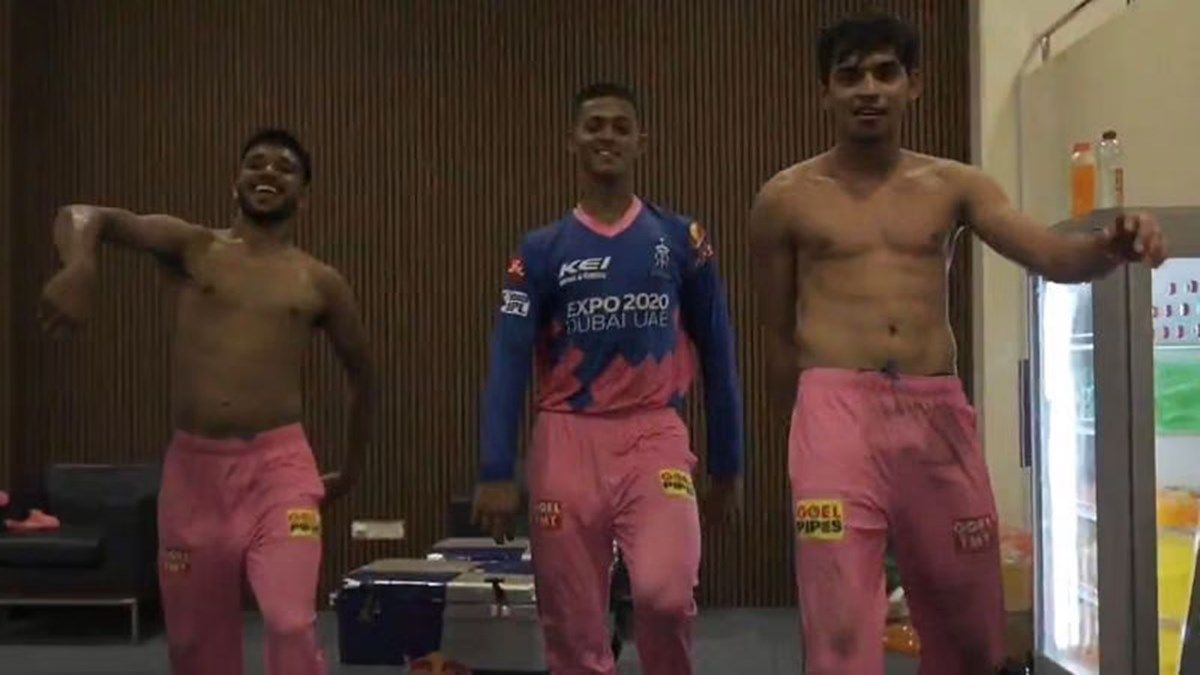 Dubai: The Rajasthan Royals’ young guns – Kartik Tyagi and Chetan Sakariya – couldn’t contain their emotions as they danced shirtless after the Rajasthan Royals beat the Punjab Kings in a last-ball thriller to keep their hopes alive in the playoffs. In a video posted by social media RR, the Royals players were seen dancing. In the released clip, Sakariya and Tyagi are shirtless, while Yashashwi Jaiswal joined them in his singlet.Also Read – AB de Villiers not part of IPL 2022 for one major reason, opens up on decision to retire

“Straight from a happy locker room. #HallaBol | #RoyalFamily | #IPL2021. The video was captioned. Read also – MS Dhoni leads CSK to 4th title to Virat Kohli who resigns as skipper of RCB; Why the Indian Premier League is the most searched topic for Indians in 2021

Also Read – Virat Kohli Announces the Birth of Daughter Vamika Most Liked Tweet of the Year 2021; Pat Cummins’ heartwarming gesture with the most retweeted COVID-19 donation

In the video, you can also hear Kumar Sangakkara giving a motivational speech. It asks players to talk to each other, hang out together, and have fun. He also asked them to take a day off after the victory.

“There is nothing in life that says someone deserves something or doesn’t. If that were the case, we wouldn’t be here today in that spirit. But a victory is a victory. And you know as well as anyone that we will accept that,” Sangakkara said.

Meanwhile, it was a night to remember for Tyagi, who was given the responsibility of defending four runs on six balls in the final. He conceded a run and picked up two wickets to help Rajasthan land a thriller against Punjab.

With the defeat, the Punjab Kings remain in seventh place with just three wins from nine matches. The Royals will face the Delhi Capitals in their next game on September 25.