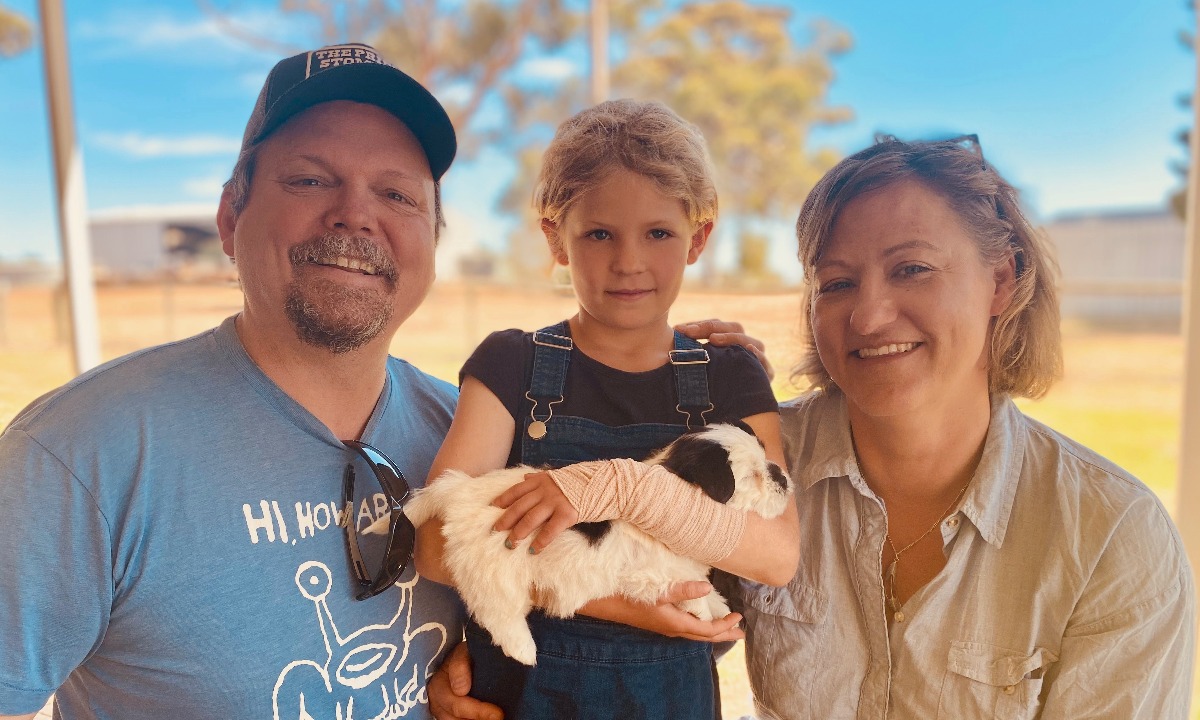 The Kangaroo Island Sculpture Trail Committee will soon commission an artist and begin the project to honor the woman best known for starting Adelaide’s Roller Derby, but who was also an island leader whose dedication was woven in every local project during the decade she lived on KI.

Sarah’s husband Boone Law says the extended family is “truly inspired by the incredible generosity that has been offered to dedicate a sculpture to Sarah’s memory”.

Sarah’s love for the island and her goal to inspire and support women around the world are evident on the Kangaroo Island Sculpture Trail that meant so much to her, and her sculpture will one day stand alongside many other projects that she has participated since her arrival. in Australia. 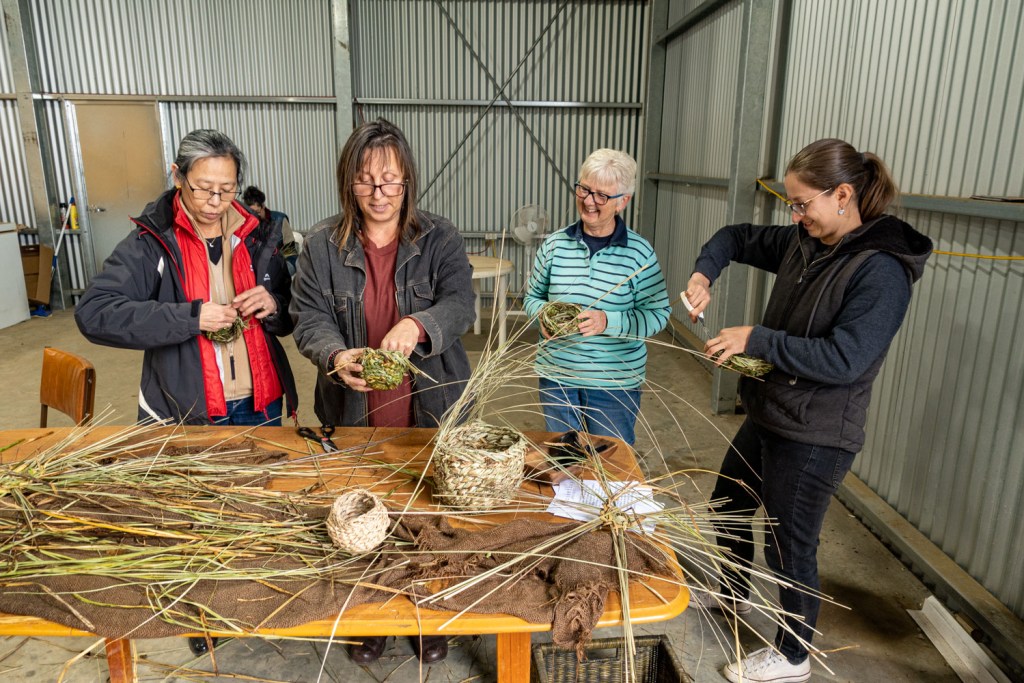 Born in Texas, Sarah was a natural leader and has always been heavily involved in sports and community activities in her home country.

When she took a leap of faith in 2006 and moved from the United States to Adelaide with her husband, she suddenly found herself knowing absolutely no one in the whole world.

“One day I came home from work and she told me that she had been sitting on a bench in Glenelg all day looking at the ocean, realizing for the first time the feeling of being truly alone,” says Boon.

“[Realising] she was completely anonymous in a city and had no community.

“So she decided she was going to make one.”

Sarah set out to bring Roller Derby to Adelaide and used her background in graphic design to create and distribute flyers throughout the city inviting would-be skaters to meet at the iconic Wheatsheaf Hotel in Thebarton.

People showed up and Sarah founded and launched the Adelaide Roller Derby League in 2007 with them. A community that played hard and helped each other, it was a large group of strong, independent women representing all professions. Sarah, who competed as Barrelhouse Bessy, had her community.

The couple fell in love with Kangaroo Island a few years later and decided to build a stone house with their own hands.

In 2012 they moved there full time, with Sarah actively volunteering wherever she could, being heavily involved with the Penneshaw community and using her event management skills to drive projects forward and create meaningful links.

“Sarah loved people and had a passion for building strong communities,” Boone says.

About five years ago, the mother-of-one became one of the founding members of the Kangaroo Island Sculpture Trail.

Undeveloped and disused public land in Penneshaw, perfect for beautification, was chosen and plotted for the trail. Working with an army of volunteers and artists, the people of Penneshaw then carved out a sculpture trail worthy of international recognition.

Still free to use, the trail has attracted large numbers of hikers, locals and visitors over the years who enjoy the serenity and artwork along the walk. 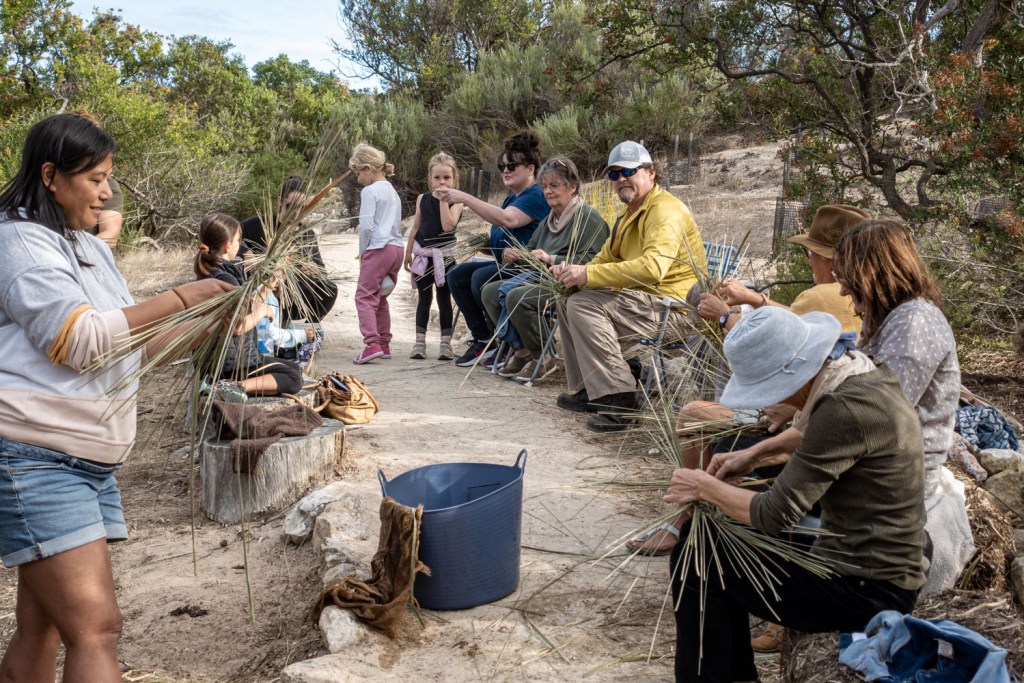 Sarah, who was also instrumental in organizing the first ‘Tunes in the Dunes’ event in 2021, then worked with local weaver and KI artist Matt Nettheim in September 2021 to develop an art project to promote mental health in the aftermath of the Black Summer bushfires.

Working with her hands was something the 42-year-old mum enjoyed and, like Matt, she found weaving a naturally meditative experience worth sharing. With this idea, she applied for a Wellbeing SA grant on behalf of the KI Sculpture Trail. The application was accepted and the project “The Rattle Tree” was born.

Friend and co-founder of the KI Sculpture Trail, Jayne Bates says 220 people attended Matt’s basket weaving and rattle-making workshops that Sraha held across the island over the Easter holiday – after the crash car.

“The Rattle Tree became the gift she left behind to help the community in some way,” Jayne says. 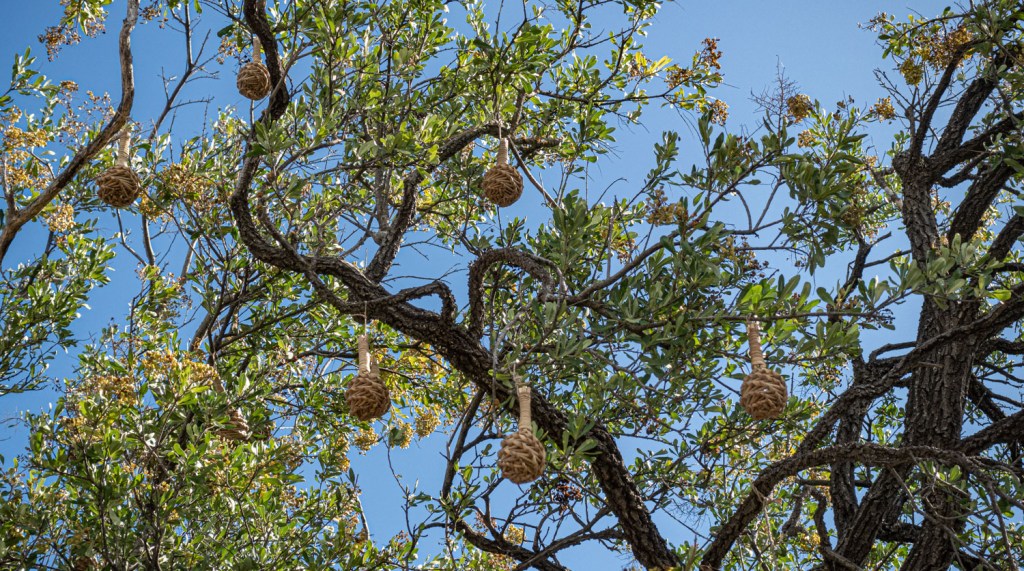 The baskets were given to residents affected by the fire to bring new hope two years later. The rattles were ceremoniously hung from a blackthorn tree, transforming it into “The Rattle Tree,” a dynamic new kinetic art sculpture for the Sculpture Trail.

Today, the tree full of handmade rattles still moves in the wind, singing her song and doing exactly what Sarah did to everyone around her every day: healing the community and making people happy.

Sarah’s story and the community efforts behind “The Rattle Tree” were captured by local filmmaker Daniel Clarke, who produced a 10-minute documentary about the project. The short film and updates on the new sculpture honoring Sarah are available on the KI Sculpture Trail Website and associated social media sites.

Media diversity is under threat in Australia – nowhere more than in South Australia. The state needs more than one voice to guide it, and you can help with a donation of any size to InDaily. Your contribution goes directly to helping our journalists uncover the facts. Please click below to help InDaily continue to uncover the facts.

Led by the Ministry of Education, Culture, Research and Technology, the G20 deliverables unite the spirit of Gotong Royong to reboot the world