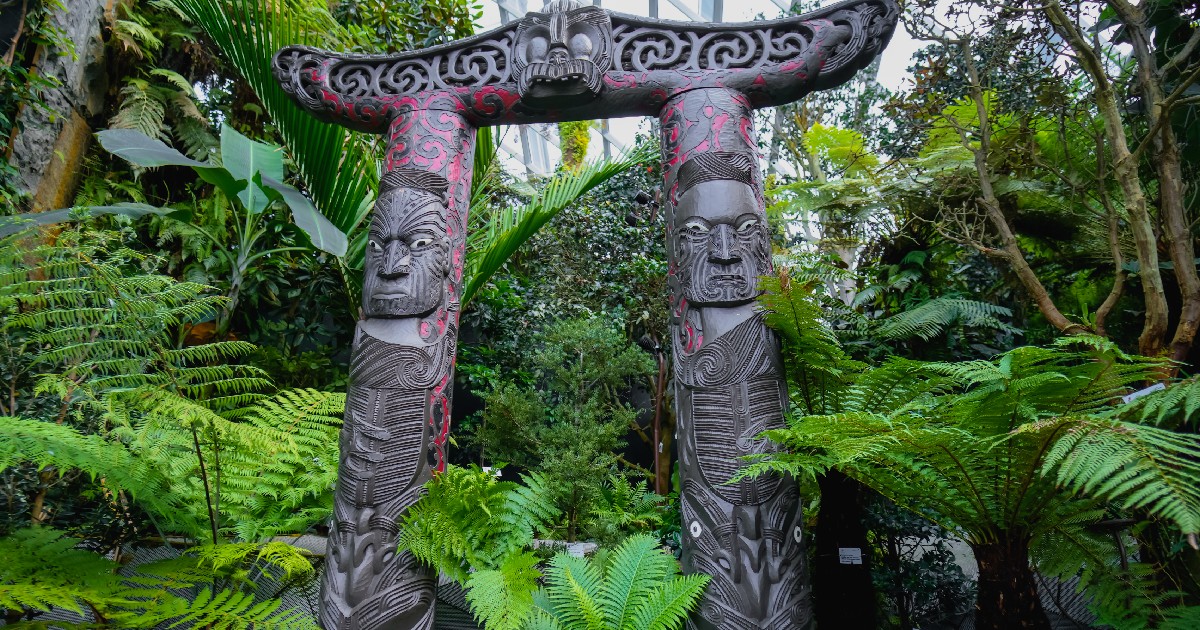 The Tane Te Waiora is a bespoke Maori sculpture that symbolizes cultures, beliefs and identities as well as the special relationship between Singapore and New Zealand.

The horizontal piece connecting the what’s upthe crophas two taihu, the bow of a traditional Maori canoe known as a waka. The sculpture of a face in the center of the crop is called a wheku. It depicts Hina, a personification of the moon who represents awakening and enlightenment and her importances in Maori culture.

The crop represents the reciprocal relationship and history between Singapore and New Zealand.

The sculpture is surrounded by plants native to New Zealand such as the silver fern, which symbolizes the country, and the pepper plant, which has medicinal properties.

Sculpted by master carver James Rickard and specialist carver Tommy Herbert, the sculpture is made of tōtara wood from a tree believed to be 2,500 years old. The tree had fallen naturally due to a severe storm in Pureora Forest in the central North Island.

GBTB CEO Felix Loh said, “We are grateful that this precious gift is permanently placed at the entrance to Cloud Forest as an enduring symbol of the close friendship between our two countries.”

Our civilization, our culture have played a big role in the stability of India: Modi