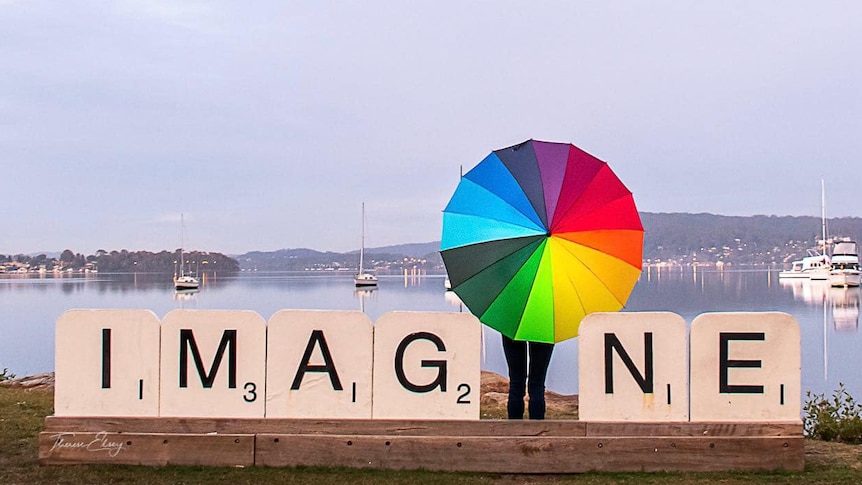 Central Coast Council’s decision to decommission a large Scrabble sculpture has been met with opposition from the community.

The artwork, which was unveiled at Bondi’s Sculpture by the Sea in 2008, has been exhibited around the world and has been on the Central Coast foreshore since the council purchased it in 2016.

The council said a contractor had assessed the damage to the sculpture and confirmed it was a safety risk.

“The letters in the sculpture are cracked and chipped and may fall off if pushed,” the council said.

“The repair of the sculpture is not possible.”

David Dworjanyn started a petition asking council to start listening to ratepayers and bring the sculpture back.

“I see no danger of a tile falling on my head,” Mr Dworjanyn said.

“For some reason the council has decided, in all its wisdom, that removing this is more important than fixing all the potholes in the area.

“The cement tiles – it’s fixable for less than the cost it would have cost the city council to remove it and dispose of it.

“It goes beyond the belief that it’s gone – it goes against community norms and what the community wants.

“I don’t understand and I don’t think anyone in the community understands.”

Another resident, Joy Cooper, said the council should read its own cultural plan.

“One of the points is that the artistic and cultural experience is essential to the well-being of our community,” said Ms. Cooper.

Others rewrote John Lennon’s Imagine as an ode to the vanquished artwork:

End of an “economic life”?

But others defended the council.

“Most assets have an economic life beyond which it makes no sense to keep them,” Kevin Armstrong wrote on Facebook.

“This applies to public buildings, private homes, vehicles, construction equipment and many other assets.

In a statement, the council said that “the artist, Emma Anna, understands that the artwork is now a safety issue and has agreed to decommission the artwork”.

“She always considered that the materials used would have a short lifespan,” the statement said.

Asked about the issue on ABC Central Coast on Friday morning, council leader David Farmer said it was the first he had heard of it.