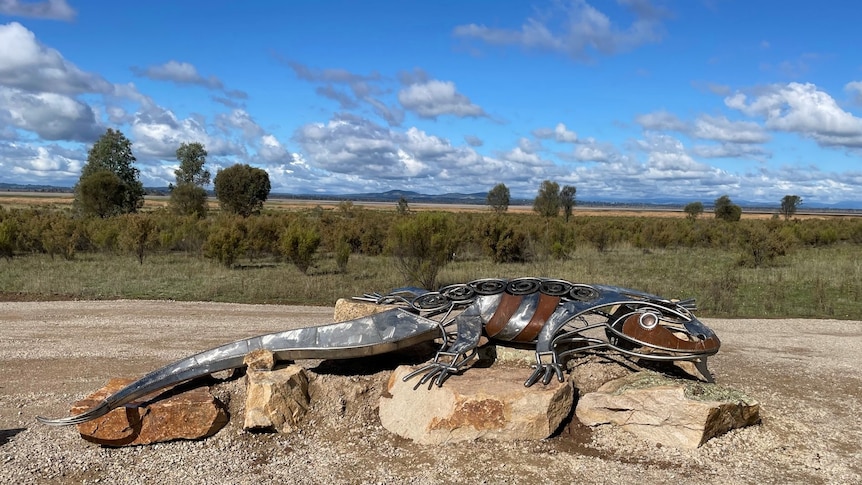 A new sculpture walk has been unveiled at Winton Wetlands showcasing the work of Yorta Yorta artists.

The facility, which was a collaboration between Winton Wetlands and the Yorta Yorta community, took years to prepare after receiving state government funding, but was delayed by the pandemic.

Winton Wetlands chief executive Sue Lebish said the group was delighted the walk was open to the public.

“This collaboration has been extremely important because it’s their land, we want them to come back and enjoy it and show everyone the interpretation they have of this land,” she said.

A mix of cultural and artistic expression

The Yorta Yorta Nations Aboriginal Corporation representative for the project, Sonia Cooper, said it was exciting to see the project come to fruition.

“With the support of the Yorta Yorta community and in particular the artists and their families, this has happened, not only as a collaboration with the installation, but ensuring that we bring the ideas of the artist and their cultural expressions and their artistic expression in the sculptures,” she says.

The path around the sculptures has been laid out in the form of a long-necked turtle, which is the totem of the Yorta Yorta people.

She said it was great to see the diversity of cultural expression through the artwork and that people could make their own connections to the area.

“Some are about creating a country, it’s about totemic species, it’s about how this artist connects as an individual to the country.”