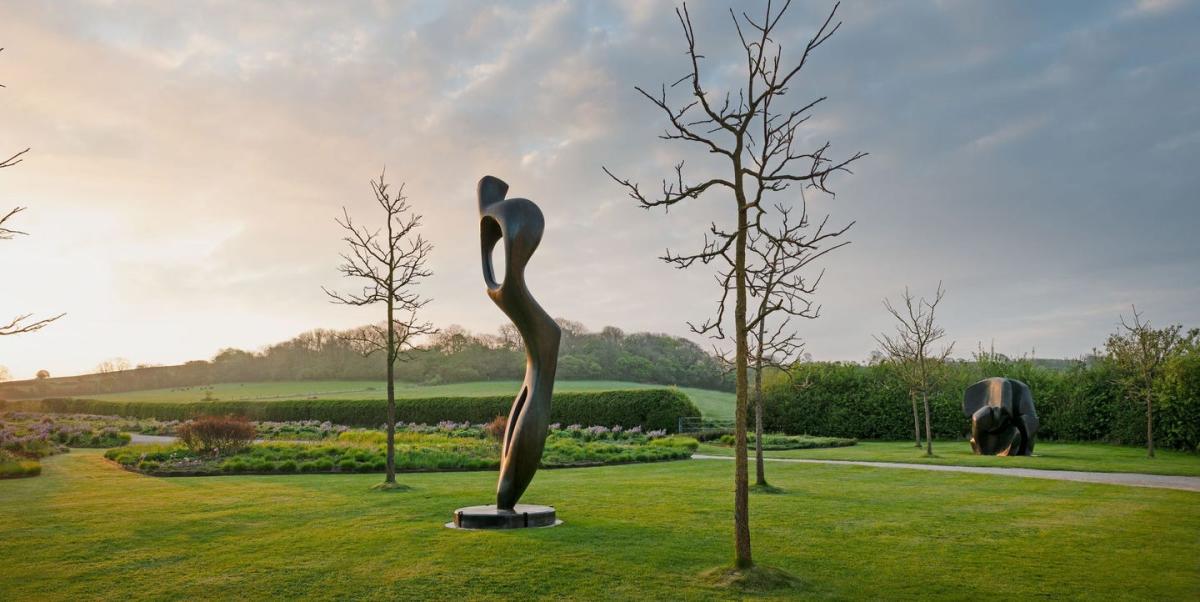 When Lee Miller, Peggy Guggenheim, Benjamin Britten, Graham Greene, Helen Frankenthaler, Mark Rothko and Lauren Bacall are among the guests you remember coming to for tea during your teenage years, chances are you had a childhood rather unusual. “I guess I had this incredibly unconventional upbringing, with all these amazing people coming home – but to me it felt very normal,” says Mary Moore, who grew up in Hertfordshire with her father, the great British sculptor. Henry Moore and his Russian wife, Irina Radetsky. “We were this little tribe – a trio – and art was our religion.”

Now 74, Moore is collaborating with the Henry Moore Foundation on an exhibition of her father’s work at Hauser & Wirth Somerset that will take as its starting point her fascination with the nearby Neolithic site of Stonehenge. “He visited it for the first time in 1921 and that left a lasting impression on him,” she says. “It happened in the moonlight, which tends to make things look bigger, so it must have felt huge.” She hopes to recreate that sense of wonder at the Somerset exhibition, where visitors can walk among the bronze, marble and plaster works displayed to dramatic effect in five galleries and outdoors. “The beauty of the sculpture is that you don’t just see it from afar – it’s a confrontational thing where you and the object meet without a word, and you have a sort of subliminal, unspoken reaction that comes from your visual and emotional intelligence, rather than your intellect,” she says.

Moore clearly inherited her father’s passion for teaching — perhaps unsurprisingly, considering she was his favorite student for many years. “I realize now that I was exposed to a very adult environment,” she muses. “Every chat we had was about art, and a lot of our games involved guessing distances or weights, or trying to draw three-dimensional shapes. All the time, he was teaching me to think in a sculptural way. She recalls frequent rounds of “blind golf,” a complicated challenge that involved drawing a golf course on a large sheet of paper and using a pencil to reach each hole while blindfolded; and tells an anecdote of how, at his seventh birthday party, his father brought a set of bathroom scales so he could estimate each child’s weight. “And he could do it right, at less than two pounds!” she said laughing.

The house, Hoglands, was constantly overflowing with curiosities: bones, skeletons, African masks and tribal objects collected in the quest for knowledge; shells, flints and stones collected during family outings to Broadstairs beach. “They were like my dad’s notebook – kind of a shortcut for when he was thinking or exploring a certain form,” Moore says. At Hauser & Wirth, she curates a showcase of over 100 works of art and memorabilia from her studio and their home, revealing Henry as an artist deeply engaged with the history and landscape that surrounded him. “Culturally and geographically, his working practice abolished all frontiers, all frontiers, connecting him with Romanesque architects and medieval stonemasons, with craftsmen across the centuries,” she says. An accomplished sculptor, he always made art outdoors, in daylight – a habit that sets him apart from the Edwardian tradition of working with plaster in the studio.

In this sense, Henry Moore was far more radical than is sometimes believed, knowing his work well today. He “completely broke the mould,” says Moore, highlighting his experiments with depth and distance, space and solidity, and how he moved beyond abstraction and figuration to enter into a more primitive sphere. “The remarkable thing about my dad was how he could connect with his own subconscious and everyone else’s, and somehow channel that into his drawing and sculpting,” Moore observes. . “There are certain shapes – the reclining figure, the mother and the child – that have meaning for all societies across the world, and he was sensitive enough to plug into those.” Hence his view that seeing his work should be less about interpretation and more about confrontation and recognition.

So what does she expect from the show at Hauser & Wirth? “That when you come out on the other side, your world is changed. Because every time you look at a rock, a tree or a sculpture, you bring in more insight – it flexes a muscle that many of us don’t have time to use…but me.” she adds thoughtfully, “I’ve flexed all my life.”

“Henry Moore: Sharing Form” is at Hauser & Wirth Somerset from May 28 to September 4.

Fun, Free, Cheap: What to Do in San Francisco This Week | Culture