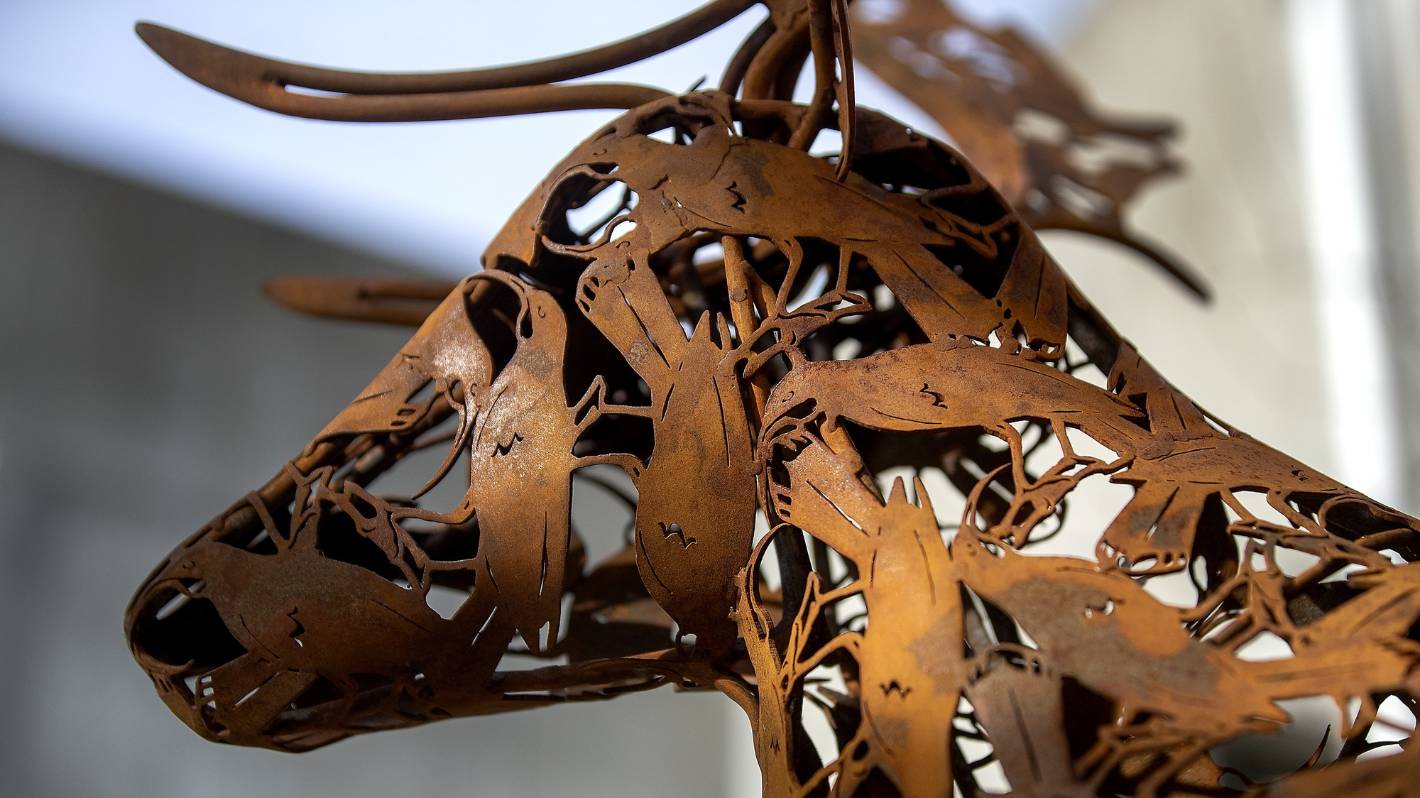 John Doe’s head features images of the extinct huia throughout the piece.

Palmerston North’s latest piece of public art, a reflection of humanity’s efforts to conquer the natural world, has its roots in the resonance of the Tararua Range.

The piece, The Head of John Doe, was unveiled by sculptor Sean Crawford on Sunday afternoon.

The work is a doe looking at a mounted deer head, with the image of the huia extinguished throughout.

John Doe’s Head, like many of Crawford’s works, acts as a commentary on how humans interact with the rest of nature.

Crawford said the last confirmed sighting of huia was in the Tararua Range in 1907, as he set up his studio in the range’s foothills in 2003 and felt the energy of the hills “resonate in my life”.

“It is this energy that has driven this work into existence.”

The piece reflected parts of his life, such as the way the piercing eyes of stuffed deer heads stared at him as a child.

The head of John Doe was the first sculpture unveiled by the trust since Whaiwhakaaoroaro​, a tall gnome with a piwakawaka and pepeketua resting on it, was set up on Broadway Ave in 2020.

The Trust was also behind Numbers around the corner from the Coleman Shopping Centre, Who’s Afraid outside the Regent, Te Pūatatangi ki Te Ika a Māui opposite Wildbase on the Esplanade and many other public works of art in the city.

Trust chairman Simon Barnett said the city’s public art collection has grown significantly since the trust was established in 2006.

He could now stand in one place at Te Marae o Hine/The Square and see 15 different public works, all adding dynamism to the city centre.

Mayor Grant Smith said the trust’s work “beautifying” the town, along with the work of other artists, has played a big part in the town having a public art collection unmatched by any other provincial center.

Public displays encouraged reaction and conversation while allowing everyone to enjoy the arts, he said.